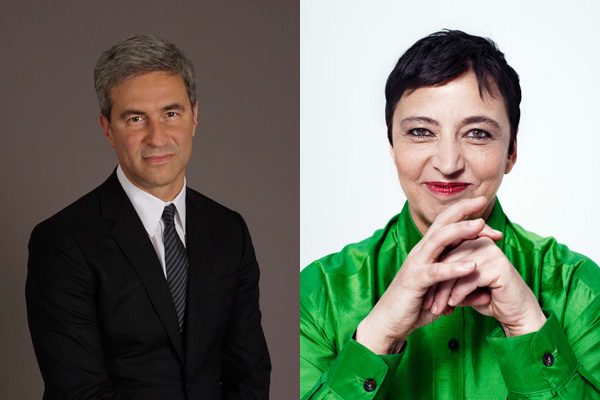 For the last 25 years, ICI has recognized the individuals who pave the way for a forward-thinking generation of curators and artists, and those curators who have moved the fields boundaries ahead. At the 40th Anniversary Benefit & Auction, ICI will honor Michael Govan, Wallis Annenberg Director of the Los Angeles County Museum of Art (LACMA), with the Leo Award; and Beatrix Ruf, curator and the Director of the Stedelijk Museum Amsterdam, with The Agnes Gund Curatorial Award. THE LEO AWARD The Leo Award (established in 1990) named after the late, renowned art dealer Leo Castelli, was created to recognize outstanding achievements in advancing the field of contemporary art, and the contributions of pioneering individuals who foster new opportunities and supportive environments for curators and artists. Past recipients of the Leo Award include Dimitris Daskalopoulos, Roy and Dorothy Lichtenstein, Miuccia Prada, and Dasha Zhukova. This year, as ICI celebrates 40 years of commitment to curators and contemporary art, we pay homage to Michael Govan, CEO and Wallis Annenberg Director of LACMA. For more than 25 years, Govan has been in the leadership of major art institutions in the U.S., and has played a significant part in the changing role of art museums in American life. Amid considerable transformations in the artistic and curatorial fields, and in the arts funding landscape, he has come to represent a leading force dedicated to the support of artists, contemporary art and curatorial practice, and audience engagement. From 1994 to 2006, Govan was President and Director of Dia Art Foundation in New York City, where he significantly enlarged the collection, and spearheaded the creation of Dia:Beacon in the Hudson Valley. Since he became director of LACMA in 2006, he has overseen a period of unprecedented expansion of the museums campus, and of its audience. Govan and his team have raised LACMAs international profile, while firmly positioning it as a cultural and civic center for Los Angeles. He also set as an early priority his vision to have contemporary artists interact with the museums historic collections, through commissions and artist-curated exhibitions. THE AGNES GUND CURATORIAL AWARD The Agnes Gund Curatorial Award honors a curator who has made an outstanding contribution to the presentation and discourse of contemporary art. The Aggie Award was named after ICI Trustee Emerita Agnes Gund in recognition of her long-standing dedication to ICI, to contemporary art, and to the curatorial field. Past recipients of the Agnes Gund Curatorial Award include Germano Celant, Lynne Cooke, Okwui Enwezor, Roselee Goldberg, Alanna Heiss, Matthew Higgs, and Robert Storr. The 2015 Agnes Gund Curatorial Award will be presented to Beatrix Ruf, curator and Director of the Stedelijk Museum Amsterdam. Throughout her career, Ruf has shown unwavering support of artists, helping define many careers. She has followed her trust in the experimental, and consistently nurtured emerging art practice, giving several young artists their first museum exhibitions and commissioning them for new art installations. Through key survey exhibitions, she has also inscribed more established artists such as Sturtevant, Isa Genzken, Rosemarie Trockel, Laura Owens, Yang Fudong and Ian Wallace in an art historical arc. Like many curators in recent years, Ruf has also worked towards building strong infrastructures for contemporary art practice. From 2001 to 2014, she ran the Kunsthalle Zürich, where she initiated an extensive building expansion while also developing a distinguished exhibitions program. Ruf believes in the importance of fostering art discourse, and as such she served as a Board Member of JRP|Ringier, one of the worlds leading contemporary art publishing houses, for many years. Committed to institutional cooperation across borders, Ruf often worked within a network of prominent European institutions including the Centre Pompidou in Paris, Tate Liverpool, the Ludwig Museum in Cologne, the Van Abbemuseum in Eindhoven, and Moderna Museet in Stockholm. Since 2014, she has been the Director of the Stedelijk Museum Amsterdam. The 2015 Leo Award and the 2015 Agnes Gund Curatorial Award will be presented at ICIs 40th Anniversary Benefit & Auction in New York City on November 18. 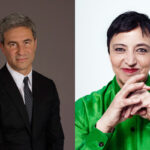 Beatrix Ruf, the director of Amsterdam’s Stedelijk Museum, has been selected as the 2015 recipient of Independent Curators International’s Agnes Gund Curatorial Award, which “is presented every other year to an established curator for their outstanding contribution to the world of art.” Read the full article here.

Curator Beatrix Ruf will receive the Agnes Gund Award this year from Independent Curators International. Meanwhile, the Leo Award will be given to Michael Govan, CEO and Wallis Annenberg Director of LACMA. Read the full article here.