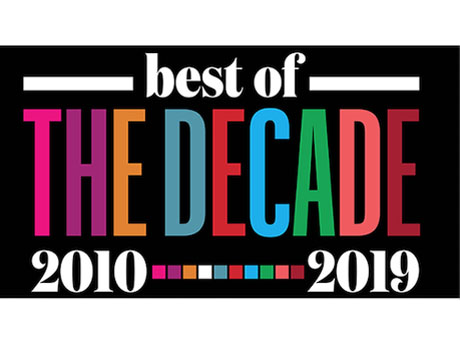 On December 17, 2019, ARTnews named ICI’s traveling exhibition Axis Mundo: Queer Networks in Chicano L.A. in the #1 listing for “The Most Important Art Exhibitions of 2010s” for its inclusion in the 2017 Pacific Standard Time initiative. ARTnews writes: “Because of its outsize ambitions, Pacific Standard Timea wide-ranging initiative focused on spotlighting Southern Californian artcould have been one of the art worlds biggest flops. Instead, it has already altered art history many times over. The Getty Foundationfunded initiative began as an archival project and soon blossomed into a multi-million-dollar years-long research project that aims to advocate for historically under-recognized work. The first two editionsabout art from 1945 to 1980 in 2011, and about Latin American and Latinx art in 2017have brought to the fore long-overlooked artists and the stories they have to tell. The first edition featured such exhibitions as Now Dig This! Art and Black Los Angeles 19601980, Doin It in Public: Feminism and Art at the Womans Building, Asco: Elite of the Obscure, A Retrospective, 19711987, and Under the Big Black Sun: 19741981. The second had Radical Women: Latin American Art, 19601985, HomeSo Different, So Appealing, Axis Mundo: Queer Networks in Chicano L.A., Mundos Alternos: Art and Science Fiction in the Americas, and important solo shows for Judith F. Baca, David Lamelas, Martín Ramírez, Valeska Soares, Anna Maria Maiolino, and the late Laura Aguilar. Between the two of them, new lines for thinking about art from different perspectives were drawn in ways that continue to linger.” To read more about Axis Mundo and the other nominees, visit ArtNews here.