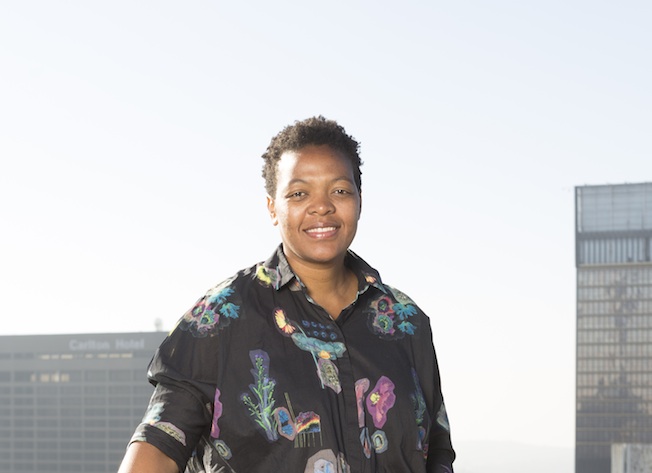 Image: Masimba Sasa. Curator’s Perspective: Gabi Ngcobo Thursday, February 22, 2018 78:30pm Skowhegan School of Painting & Sculpture 136 W 22nd Street New York, NY 10011 FREE and open to the public As part of ICIs Curators Perspectivean itinerant public discussion series featuring national and international curatorsGabi Ngcobo, curator of the upcoming 10th Berlin Biennale for Contemporary Art, will speak about her curatorial concept and shaping the biennale. The Berlin Biennale will take place from June 9 to September 9, 2018, at various venues in Berlin. The 10th Berlin Biennale is titled We dont need another hero. It is a conversation with artists and contributors who think and act beyond art as they confront the incessant anxieties perpetuated by a willful disregard for complex subjectivities. The public program for the Berlin Biennale, I’m not who you think I’m not, was already launched in July 2017, in collaboration with the independent educational initiative Each One Teach One (EOTO) e. V. in Berlin. For her Curator’s Perspective talk, Ngcobo willl speak about her curatorial vision for this iteration of the biennial. This event is free and open to the public. To attend, please RSVP to rsvp@curatorsintl.org with GABI in the subject line.

Photos from the Event: Gabi Ngcobo