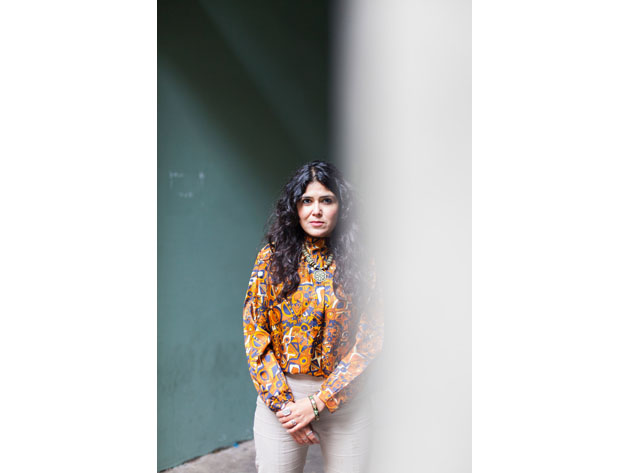 Image: Victoria Tomaschko. Curator’s Perspective: Natasha Ginwala Thursday, April 12, 2018 78:30pm ICI Curatorial Hub 401 Broadway, Suite 1620 New York, NY 10013 FREE and open to the public As part of ICIs Curators Perspectivean itinerant public discussion series featuring national and international curatorsNatasha Ginwala will present on her recent curatorial projects. For her Curators Perspective talk, Ginwala will address curating Contour Biennale 8 entitled Polyphonic Worlds: Justice as Medium (2017) that investigates questions of legal representation, testimonial production and staging trials beyond the limits of the court of law through artistic processes; and Riots: Slow Cancellation of the Future (2018) that remains concerned with the intersection between art, the politics of disorder, racial violence and a phenomenology of the multitude. Ginwala will articulate her curatorial strategies in terms of endurance, collectivity and continuum, resonating with Audre Lorde’s provocation, “Revolution is not a onetime event.” This event is free and open to the public. To attend, please RSVP to rsvp@curatorsintl.org with NATASHA in the subject line.

The Curators Perspective is a free, itinerant public discussion series featuring U.S. and international curators, and developed as a way for audiences in New York to connect with timely information about a wide variety of international perspectives on contemporary art today. The series sheds light on movements and models that are still in formation or have been overlooked. This year, speakers in the series will include curators based in Berlin, Cape Town, Louisville, San Juan, and Sri Lanka, addressing questions about art, culture, and the exhibitions in which they are most interested, as well as the artists and the socio-political contexts that are shaping curatorial practice now. The Curators Perspective series has been made possible, in part, by grants from the Hartfield Foundation and by generous contributions from the ICI Board of Trustees and ICI Access Fund. This program is supported, in part, by public funds from the New York City Department of Cultural Affairs in partnership with City Council.

Photos from the Event: Natasha Ginwala