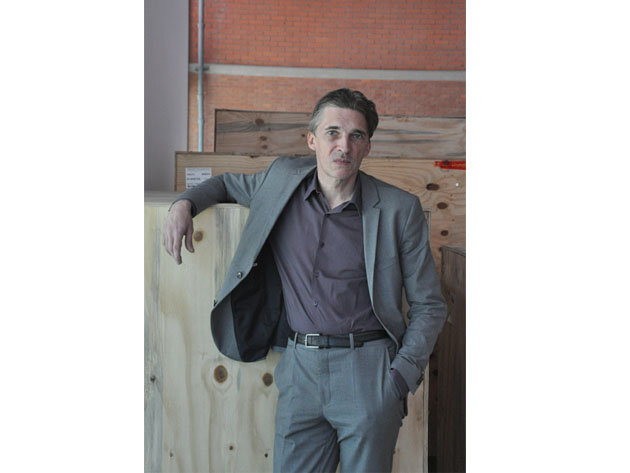 Curators Perspective: Nicolas Bourriaud Friday, March 8, 2019 6:30-8pm Center for the Humanities The Graduate Center, CUNY Elebash Recital Hall 365 Fifth Avenue, New York, NY 10016 FREE and open to the public As part of ICIs Curators Perspectivean itinerant public discussion series featuring national and international curatorsNicolas Bourriaud, Director of Montpellier Contemporain (MoCo), will present on the theoretical framework underpinning his current role as the Curator of the 16th Istanbul Biennial that will take place between September 14 and November 10, 2019. Bourriaud will contribute to the Biennial’s history of strong curatorial statements since its creation in 1987. Seeing the city itself as “a crossing point,” Bourriaud has said he will consider the special significance of Istanbul in today’s “global political era marked by binary thought, and try to build an exhibition that measures up to our historical situation. For the last 32 years, the Istanbul Biennial has engaged an exhibition model that enables a dialogue between artists and the audiences through the work of the artists instead of a national representation model. Ten years ago, ICIs Curators Perspective Series began with an inaugural lecture by Vasif Kortunthe first single curator to direct the Biennial independently in 1992. This event is free and open to the public. To attend, please RSVP to rsvp@curatorsintl.org with NICOLAS in the subject line. Co-presented by the James Gallery and Center for the Humanities, The Graduate Center, CUNY.

The Curators Perspective is a free, itinerant public talk series featuring established U.S. and international curators, who present on their work and research. It was developed to offer audiences ways to connect with timely information and a wide variety of international perspectives on contemporary art and curating today. The series sheds light on movements and models that are shaping the curatorial field today, addressing questions about art, culture, and the artists and exhibitions that curators look to. The Curators Perspective series has been made possible, in part, by grants from the Hartfield Foundation and by generous contributions from the ICI Board of Trustees and ICI Access Fund. This program is supported, in part, by public funds from the New York City Department of Cultural Affairs in partnership with City Council.

Curator's Perspective with Nicolas Bourriaud from Independent Curators INTL on Vimeo. Co-presented with the James Gallery and Center for the Humanities, the Graduate Center CUNY.?