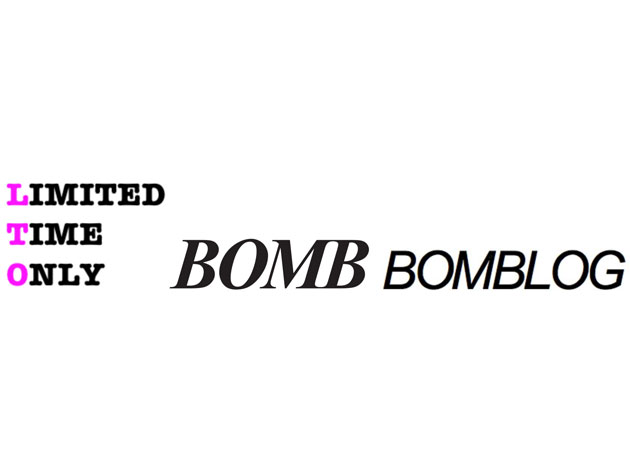 February 10, 2012 Cocktails first pour at 7pm Reading commences at 8pm Legacy Russell and Stina Puotinen of the creative collaborative LIMITED TIME ONLY (LTO) invite you to an evening riot of love letters and spiked tea. For one night only, join LTO, ICI, and BOMB Magazine’s BOMBLOG in a rare gathering of illuminati, liquored teacups, and epistles of agony and ecstasy. Readers will share with the audience radical texts about loss, lust, and adulation culled from the dead-letter offices and archives of history in a celebration and exploration of the ever-expanding definition of love. Bons-mots, bon-bons, booze, and belles-lettres will be served. We love you – we love you not.