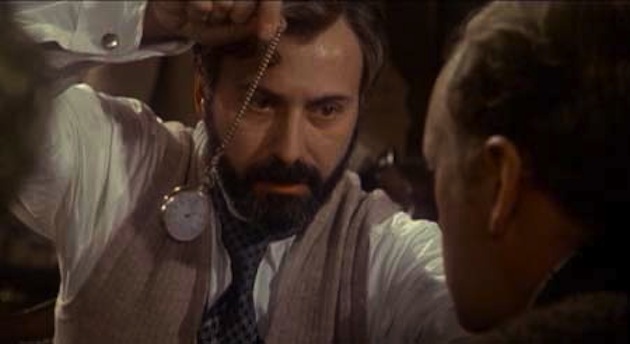 John Menick, Starring Sigmund Freud, 2012, video, 28 min, 16:9. Courtesy of the artist Tuesday, October 16, 2012 78:30 pm ICI Curatorial Hub 401 Broadway, Suite 1620 New York, NY 10013 Dialogues in Contemporary Art: Take 3 In Collaboration with AhmadyArts Independent curator Leeza Ahmady brings together artists John Menick and Yusuf Misdaq in what promises to be yet another invigorating discussion. With very different backgrounds and individual perspectives on artistic activity, both artists have made heartfelt works that are simultaneously process-based, conceptually vigorous and seamlessly span across mediums: writing, sound, film and more. Menicks socio-psychological explorations of people, time and place are established through video and audio, as well as essays and fiction. His recent contributions to dOCUMENTA (13) in Kassel marked the first time he had exhibited both as a visual artist and a writer with a collection of short stories and essays, a film and an audio work. Crisscrossing through media, Menick employs fantastical characters, re-appropriations of well-known things and people, criticism and cinematic examinations to produce empirical plots that often skirt the line between storytelling and documenting. Misdaq’s work across mediums has the unapologetic and direct aim of connecting people with themselves and each other. His work harnesses “primal arts” such as storytelling, music, oil painting, performance, poetry and natural clay sculpture, alongside more contemporary art forms such as digital art, observational documentary and film. Imaginative and exploratory in nature, Misdaq propels his work forward with poetic analyses and predictions of existence and culture. His practice embodies sincerity as he applies humanity to the process from the development of an idea to the promotion of a final product. The Dialogues in Contemporary Art series is part of an ongoing effort by AhmadyArts to disseminate broader, more thorough knowledge of art communities and artists activities both inside and outside of Asia. This event is free and open to the public, though seating is limited. RSVP to rsvp@curatorsintl.org with DCA: Take 3 in the subject field. For more information about the event and programming in the Curatorial Hub, contact Misa Jeffereis, Public Programs & Research Coordinator at misa@curatorsintl.org. 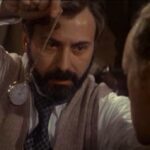 John Menick and Yusuf Misdaq on ARTonAIR.org. Originally aired on May 27, 2013. Independent curator Leeza Ahmady brings together artists John Menick and Yusuf Misdaq. While from widely different backgrounds, both artists have made works that are simultaneously process-based, conceptually vigorous and span across mediums: writing, sound, film, and more. These programs are produced in […]

Photos from the event: DCA Take 3