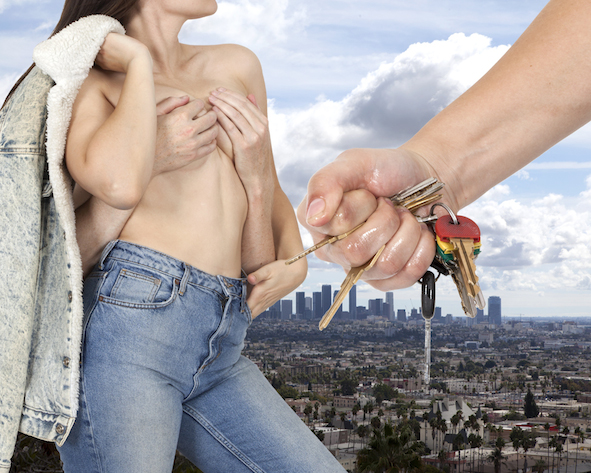 Image: Chanel Von Habsburg-Lothringen, Self-Reliance, Self-Governance, Self-Tolerance?, 2016, Inkjet on vinyl banner with grommets, 105 x 84 inches (266.7 x 213.36 cm), Unique + 1AP Framing Femininity A Conversation between Martha Wilson and Chanel Von Habsburg-Lothringen Monday, March 6 6:308pm ICI Curatorial Hub 401 Broadway, Suite 1620 FREE and open to the public Artists Martha Wilson and Chanel Von Habsburg-Lothringen will offer inter-generational perspectives on feminism, performance, and the archive as they relate to their respective practices. Though they come from two generations of women artists, Wilson and Von Habsburg-Lothringen have each developed an artistic practice that deals with notions of femininity and power structures. Both work in mediums such as photography, video and performance and incorporate elements of staging and role play, mixing humor and sexuality. On occasion of the release of Von Habsburg-Lothringens new artists book, Deadstock, they will examine the evolving roles of the archive and the possibility of the artist’s book’s expanded role in the “new image economy.” This event is organized in conjunction with of the release of Von Habsburg-Lothringens new artists book, Deadstock, published by Maga Books. This event is free and open to the public. To attend, please RSVP to rsvp@curatorsintl.org with FRAMING in the subject line. This program is supported, in part, by public funds from the New York City Department of Cultural Affairs in partnership with City Council, and the New York State Council on the Arts with the support of Governor Andrew M. Cuomo and the New York State Legislature.

Photos from the Event: Framing Femininity