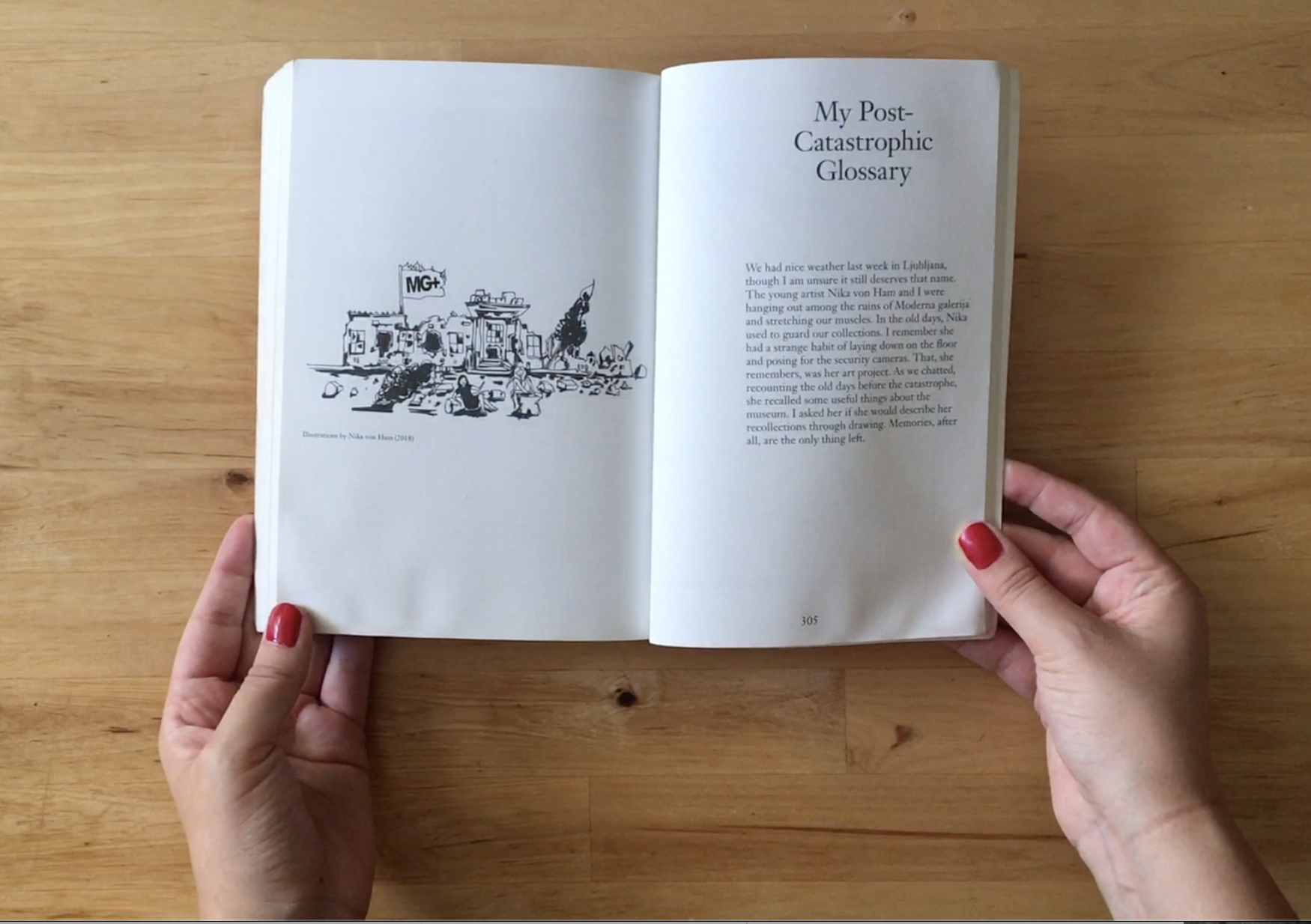 Zdenka Badovinac: My Post-Catastrophic Glossary A conversation with Carlos Kong and Yin Ho

Watch this conversation in the video below, and visit our Media Room for a full archive of recorded events.

An experimental essay and collaboration with the artist Nika von Ham, published as the last chapter of Zdenka Badovinacs Comradeship: Curating, Art, and Politics in Post-Socialist Europe, My Post-Catastrophic Glossary is written as a semi-fictional glossary. It imagines the future of museums after their full destruction from a catastrophe, through the following concepts: Destruction; War Time; The Self-Reflection of the Museum; The Authentic Interest of the Museum; Historicization; Self-Historicization; Contemporary Art; The Museum of Modern Art; The Museum of Contemporary Art and Its Time; Narrators; The Sustainable Museum; Institutional Building; and Comradeship. Zdenka Badovinac revisits this essay in conversation with writers and art historians Carlos Kong and Yin Ho, who were core participants of the Comradeship Reading Group, a year-long program to discuss and looking closely at Badovinacs publication, Comradeship. The three talk about the genesis and format of the glossary, how the concepts of catastrophe influenced Badovinacs work as a museum director, the future of museums, and importantly, how to become true comrades.

Zdenka Badovinacs Comradeship: Curating, Art, and Politics in Post-Socialist is available for purchase here. A free PDF of My Post-Catastrophic Glossary is available here.