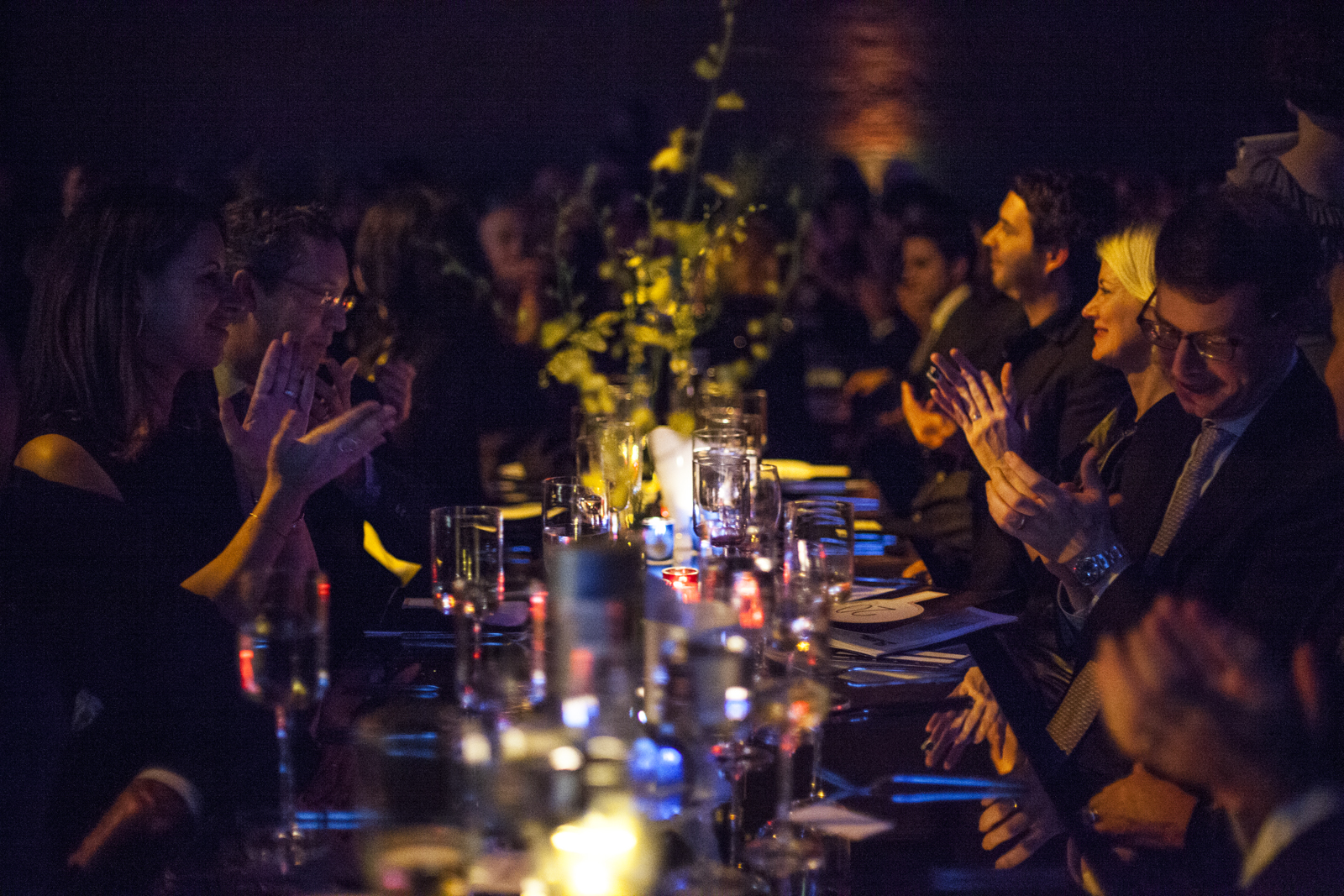 ICI 2017 Benefit & Auction Wednesday, October 25 Cocktails at 6:30pm Dinner at 7:30pm IAC Building 527 W 18th St New York City Join ICIs Annual Benefit & Auction on Wednesday, October 25, as we reaffirm our commitment to curatorial practice and contemporary art. We invite you to raise a glass to the future of ICI, and in support of new programs and partnerships. On the occasion, ICI will honor philanthropist Patricia Phelps de Cisneros with the Leo Award, named after early ICI supporter and legendary gallerist Leo Castelli; and curator Jochen Volz with the 2017 Agnes Gund Curatorial Award. This year’s honorees share a visioninternational in scope, supportive of artists, and focused on educationwhich in so many ways echoes ICIs mission. CELEBRATE ICI The 2017 Leadership Committee and Benefit Committee, chaired by Sarah Arison, Agnes Gund, Vik Muniz, and with Honorary Co-chairs Sydie Lansing and Ann Schaffer, together with the entire ICI Board of Trustees and staff invite you to join us for an evening of art, cocktails, dinner and music: celebrations that promise to be memorable. ICIs 2017 Annual Benefit & Auction will mark our 42-year commitment to curatorial excellence, and be an occasion to raise a glass to the organizations future, as ICI continues to forge important international networks for curators, artists, art spaces and all practitioners in the field of contemporary art. Our Co-chairs are once more collaborating with Jung Lee and Josh Brooks, who together form FÊTE, New Yorks expert event planners, in the creation of this special soirée in support of ICI. They will transform the iconic IAC Building, the first Frank Gehry project ever realized in New York City, located in the heart of Chelsea. The event will be catered by the innovative Abigail Kirsch and the online auction is powered by ARTSY. LIVE & SILENT AUCTION This year again, ICI is proud to benefit from the generosity of artists who have consistently shown great confidence in ICI and support for its programs. The 2017 Auction features artworks by Marina Abramovi?, Scott Alario, Renate Aller, Abdolreza Aminlari, Iván Argote, Emilia Azcárate, Tony Bechara, Trudy Benson, Benjamin Bertocci, Saint Clair Cemin, Susan Cianciolo, Jean-Philippe Delhomme, Iran do Espírito Santo, Teresita Fernandez, Carmen Herrera, Federico Herrero, Albert Herter, Ilya & Emilia Kabakov, Heidi Lau, Artur Lescher, Liz Magic Laser, Humberto Márquez, Thiago Martins de Melo, Paulo Monteiro, Carlos Motta, Vik Muniz, Barbara Nessim, Angel Otero, Brad Phillips, Thiago Rocha Pitta, John Riepenhoff, Chemi Rosado-Seijo, Despina Stokou, and Rosha Yaghami. BID NOW ON ARTSY We are thrilled to welcome back our favorite auctioneer, the extraordinary Gabby Palmieri, to lead the live auction. ICI and Artsy have also renewed their collaboration to offer a unique auction experience online and during the event. Both the silent and live auction will be previewed on Artsy.net, where bidding will begin early; and during the evening, guests will place their bids together with those of international ICI supporters, who in the past have logged in from as far as Hong Kong and Oslo. THE LEO AWARD With the Leo Award this year, ICI recognizes Patricia Phelps de Cisneros, a steadfast advocate for artists and contemporary art in Latin America. For more than four decades, Mrs. Cisneros has fervently advanced Latin American contemporary art and scholarship. She has developed a collection of art that reflects the breadth and depth of practice from across the region. The collection has served as the inspiration and point of departure for the primary art-related program of the Fundación Cisneros, the Colección Patricia Phelps de Cisneros (CPPC), which makes the work available to curators and scholars internationally. With an extensive vision, Mrs. Cisneros has also endowed multiple institutional positions, allowing artists and curators to further their investigations into Latin Americas contributions to the arts; and supported numerous publications and travel scholarships. ICI and CPPC have worked together since 2012 to enhance international curatorial scholarship with joint initiatives such as the CPPC Travel and Research Award for Central America and the Caribbean. She is a Trustee of MoMA, where she founded the Latin American and Caribbean Fund, and a founding Trustee of the Fundación Museo Reina Sofia in Madrid.

Independent Curators International’s 2017 Leo Award Will Go to Patricia Phelps de Cisneros BY Maximilíano Durón. 04/28/17 11:39 AM Patricia Phelps de Cisneros, the arts patron and an ARTnews Top 200 collector, will receive the 2017 Leo Award, given annually by Independent Curators International, the arts organization founded in 1975 to support curatorial endeavors. The […]