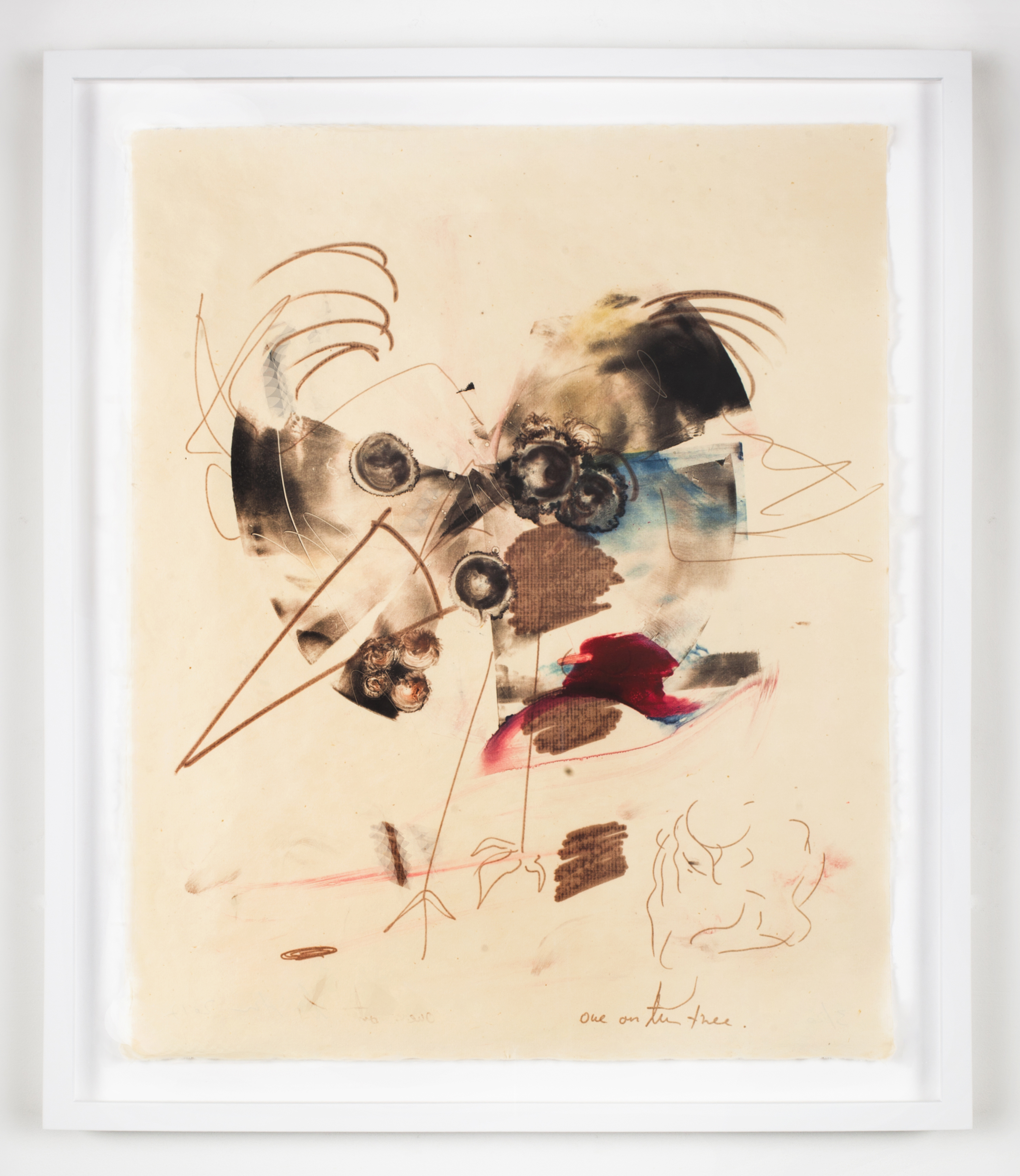 Uri Aran After Doodle, 2017 Silkscreen monotype with ink and graphite drawing 20 x 23.5 inches (framed) Edition of 20 + 4 AP, each unique (pictured above: edition 3 of 20) Booth 8.07 NADA Miami Ice Palace Studios 1400 North Miami Avenue For more information contact Manuela Paz at manuela@curatorsintl.org, or 212.254.8200 x125. From December 7-10, ICI will be at NADA Miami at the Ice Palace Studios, where we will launch a new limited edition by Uri Aran, created exclusively for ICI. Aran has created a series of unique works as an edition, meticulously layering printed, painted and drawn imagery, marks, and playful doodles. The edition, titled After Doodle, was inspired by do it, which featured a Aran’s instruction Doodle,” and was produced in support of do it (in school) in 2018. After Doodle is composed of free-hand drawings, stream-of-consciousness thoughts, rhetorical questions and comical prompts that have been removed from their original context. Together, these informal markings are arranged to appear both recognizable and uncanny  how we read them exposes our own complicities within idiosyncratic systems of personal and cultural communication. Although doodling may look like nonsense, it is intrinsically linked to the subconscious, helps us to remember information, and provides a reprieve from the information we must wade through and categorize on a daily basis. Anyone can doodle and Aran invites you to draw and think alongside him. After Doodle will support do it (in school), a new version of do it that will create a different approach to art education for 300+ students in NYC public schools in 2018. At NADA Miami, ICI will also feature its 2016 limited edition by Tony Matelli, whose first solo exhibition in the U.K, Past-Life, opens at Marlborough Contemporary in London on November 16 and runs through December 23, 2017.

Tony Matelli Head, 2016 Concrete, Painted Bronze 7 x 8 x 7 inches, approximately Edition of 10 Developed out of his recent Garden series and related to his project for ICIs 2016 Leo Award, Matellis limited edition for ICI features an aged outdoor statue, crowned by a triad of perfectly ripe strawberries. Nothing is quite what it seems in this pairing, where the head is made of high-production, aged cast concrete and the fruit is meticulously painted cast bronze.