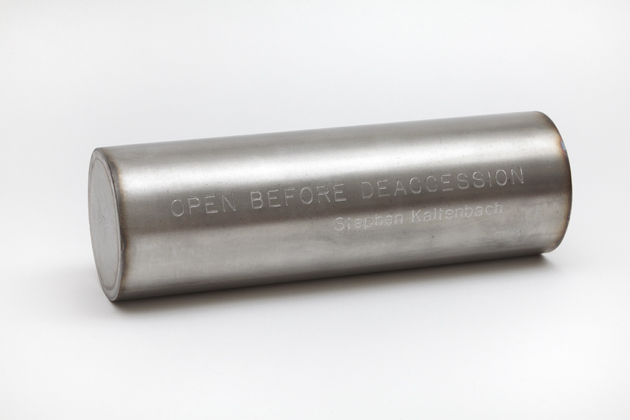 Please join us at our booth on September 20 at noon for A talk with Stephen Kaltenbach: Time Capsules

On the occasion of the 20th anniversary of do it, ICI commissioned Marina Abramovi?, Stephen J. Kaltenbach, and Rirkrit Tiravanija to create an exclusive limited edition artwork. Inspired by the spirit of the exhibition with artists instructions at its core; each work is a direct message from the artist to you.

Marina Abramovi? created the work Spirit Cooking in 1997, a provocative and enticing recipe that was then included in do it (museum), and the ICI version of the show that same year. For her limited edition with ICI, Abramovi? takes as a departure point that first moment of collaboration on do it, and creates a new and vibrant interpretation of the original work, inviting the viewer to engage in the dynamic and performative artistic act for which she is widely known. Conceived as a performance kit, Untitled, 2012, contains the out-of-print 1997 do it catalogue and a custom-created apron alongside the artists instruction to activate the work: Please dress yourself in the apron, open the book, and begin to realize the artists instruction of your choice.

Marina Abramovi? was born in 1946 in Yugoslavia. In 2010, Abramovi? was the subject of a major retrospective at the Museum of Modern Art, which traveled to the Garage Center for Contemporary Culture in Russia. Her work is featured both in do it and in Performance Now.

Stephen J. Kaltenbach is known for issuing commands to his viewers. “BECOME A LEGEND.” was the eighth of twelve anonymous ads the artist placed in Artforum between November 1968 and December 1969. These print works and Kaltenbach’s iconic Time Capsules first realized in 1967 (pre-dating Warhol’s Time Capsules) generated an immense buzz at the time. Today, more than 40 years later, fellow artists, critics, and scholars are still discussing the importance and depth of the artist’s practice and specifically these exceptional bodies of works. The limited edition time capsule that Kaltenbach created exclusively for ICI is at the heart of this practice, a series of sealed steel containers, each holding unique secret content, and with the engraved instruction: OPEN BEFORE DEACCESSION. Kaltenbach thus employs the owner to reveal the secret contained inside, and activate the work, only if and when they decide to part with it.

Stephen Kaltenbach is based in Davis, CA and helped define American Conceptual art in the late 1960s and 70s. In 1969 he had solo exhibitions at the Whitney Museum and the San Francisco Museum of Modern Art, and his work was included in some of the most iconic shows of the time: When Attitudes Become Form, Bern, Switzerland; March at Seth Siegelaub, New York; and Nine at Leo Castelli Warehouse, New York. Kaltenbachs work is featured both in do it and State of Mind: New California Art circa 1970.

Rirkrit Tiravanijas practice combines performance and object-making with teaching and social interaction. A pioneering of participatory work in the early 1990s, he is well known for his social installations in downtown New York galleries, where he prepared free Thai food for visitors. At the Carnegie International exhibition in 1995, he presented written instructions for cooking Southeast Asian green curry, which he then prepared for visitors, which was also reproduced in do it. Another instruction, Untitled (do it dont stop) is a set of two mirror-like steel stencil plates, urging the viewer to take up the artistic gesture and spread the spirit of do it.

Rirkrit Tiravanija is based in New York, Berlin, and Chiang Mai, Thailand. He is currently a professor of art at Columbia University and a founding member and curator of Utopia Station, a collective project of artists, art historians, and curators. His work is in numerous collections including MoMA, the Solomon R. Guggenheim Museum, and the Bangkok Museum of Contemporary Art.

For more information about ICI editions, click here, or contact Bridget Finn at bridget@curatorsintl.org or by calling 212 254 8200 x124. 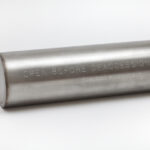 Stephen Kaltenbach in the Chicago Reader

Disappearing and reemerging with artist Stephen Kaltenbach By Andrea Gronvall for the Chicago Reader (9/27/13) “Stephen Kaltenbach has been among the most influential American artists since the late 1960s, when he helped introduce the movement known as conceptualism. Near the height of his youthful fame in 1970 he left the New York art scene for […]

Stephen Kaltenbach spoke this past week at the ICI booth at Expo Chicago Art Fair on Friday September 20 2013, concurrent with his solo survey exhibition at Bert Green Fine Art in Chicago IL.

Read this article from the Huffington Post on EXPO.