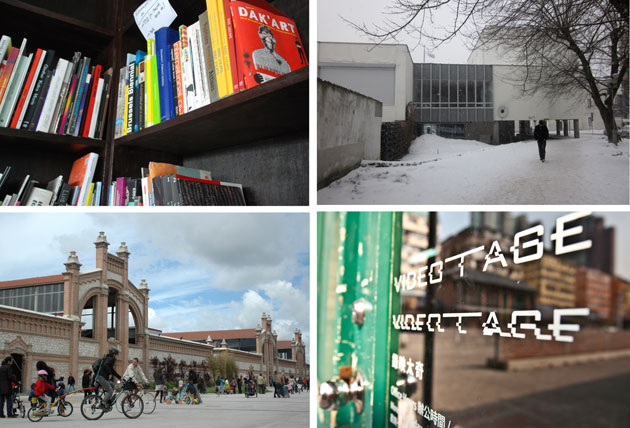 Clockwise from top left: RAWBASE Resource Center at Raw Material Company, Dakar; Contemporary Art Centre, Vilnius; Videotage, Hong Kong; Matadero Madrid. ICI’s Curatorial Hub at TEMP December 1, 2012January 27, 2013 TEMP 57 Walker Street New York, NY 10013 Opening reception: Saturday, December 1, 2012, 6-8pm From December 1, 2012, to January 27, 2013, ICI will present at TEMP, an art project space in TriBeCa, New York, a series of artists projects and archives from four organizationsMatadero Madrid; Videotage, Hong Kong; Contemporary Art Centre (CAC), Vilnius; and Raw Material Company, Dakarwhich are part of ICIs rapidly growing international network of partnering art spaces and curators. ICIs new flexible and generative exhibitions formed the basis of recent collaborations with these organizations across the world, and ICI is now presenting a selection of their programs for the first time in New York. Throughout its 37-year history, ICI has uniquely positioned itself to reflect on the nature of exhibitions that travel around the world and across social, political and cultural borders. Three years ago ICI began developing new models for itinerant exhibitions that can travel further and generate new content at every venue, taking into account the local contexts at each institution. Ranging from an international single-channel video program (Project 35), to a survey of the past 20 years of social practice stored on a hard drive (Living as Form: The Nomadic Version), to a selection of materials surrounding one of the most infamous exhibitions in contemporary history shipped in a Fed-Ex box (Harald Szeemann: Documenta 5), many ICI exhibitions are traveling content that can be reconfigured, localized and expanded, offering diverse possibilities for collaboration. As a result, ICI has been able to engage directly with a large number of museums, art centers, university galleries, libraries and artists-run spaces on all continents, sharing dialogue with others in the field. Among them, ICI invited Matadero Madrid; Videotage, Hong Kong; CAC, Vilnius; and Raw Material Company, Dakar, to present their archives and recent exhibitions to a New York audience. The projects will be shown at TEMP, an art space located around the corner from ICIs offices and Curatorial Hub. This exhibition will act as an extension of the Curatorial Hub, which for the past year has offered the discursive space to encourage international dialogue and exchange by hosting a series of public events, lectures and screenings. The projects on view at TEMP will include: Matadero Madrids Archimobile, a traveling archive of over 100 artists all connected to the city of Madrid, which Curatorial Intensive alumna Andrea Hill will activate by conceiving the New York presentation and commissioning a new work; CACs presentation of recent works, videos and photographs selected by curator and former ICI Curatorial Fellow Virginija Januskeviciute and independent curator Inesa Pavlovskaite; Videotages Hong Kong additions to Living as Form (The Nomadic Version) alongside a compilation of works from the Videotage Media Art Collection, selected by Nevena Ivanova and produced by Helen Homan Wu; and a representation of Raw Material Companys resource center for Africa-related art practices, selected by RMCs founder and artist director Koyo Kouoh, who will participate in ICIs Curators Perspective, just one of the many public events planned to take place in conjunction with the exhibition. ICI Curatorial Hub at TEMP is made possible in part by grants from the Auchincloss Foundation, the Hartfield Foundation, and Spain Culture New York-Consulate General of Spain: member of the network Spain Arts & Culture, and by contributions from the supporters of the ICI Access Fund, and ICIs Board of Trustees. 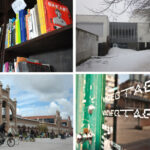