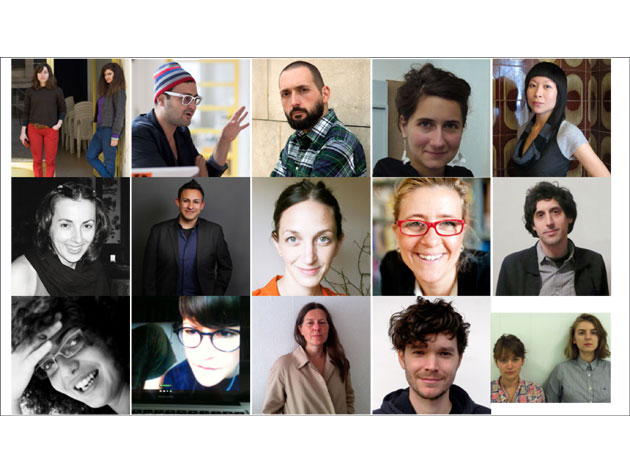 98weeks is a non-profit, artist-run space in Beirut founded in 2009 by Marwa Arsanios and Mirene Arsanios. 98weeks operates within an expanding arts infrastructure and addresses a new generation of artists living in Beirut. Their activities are collaborative and research-based, combining both theoretical and practical forms of inquiry. 98weeks projects take multiple NOMINEES 2012 forms such as workshops, community projects, seminars, video screenings, reading groups and publications. Every 98 weeks, a research topic is outlined and worked on for that same time period. 98weeks first topic addressed spatial practices in Beirut, and their current subject is exploring different approaches to Beiruts urban space.

Adnan Yildiz is the artistic director of Künstlerhaus Stuttgart where he is currently focusing on solo exhibitions collectively entitled Artistic Dialogues. He is also working on Methodical Inquiries at Polistar Gallery, Istanbul and a discussion based event program titled Critical Voices at Künstlerhaus Stuttgart and Platform3 in Munich.

Aimar Arriolas work as a curator and researcher deals with the confrontation of the specificities of curatorial practice to the various possibilities of social-intervention and emancipation that critical theory offers. Arriola is a founding member of ‘Equipo re’, a cross-territorial and collaborative research platform, which combines research, identity and memory politics and exhibition making.

Since early 2012, Anna Colin has been working as guest curator at La Maison Populaire, Montreuil, Paris. There, Colins project takes as its point of departure the figure of the witch as a metaphor for alterity. In 2007, Colin joined the non-profit organization Gasworks in London where she worked as Exhibitions Curator until early 2011. Her time at Gasworks was instrumental in defining her curatorial direction, which already showed an interest in the marginal.

Now at the Miller Gallery of Carnegie Mellon University after years of being an itinerant, independent curator for microcinemas, festivals, art institutions, and bands, Astria Suparaks programming covers a range of subjects, such as: the fate of abandoned big-box stores, artists working within scientific disciplines, social movement cultures, experimental geography, economics and labor, and sports fan culture.

Biljana Ciric was born, currently lives, and works in Shanghai, China as an independent curator. Cirics ambitious ongoing project, Migration Addicts, was presented in the Collateral Events of the 52nd Venice Biennale in 2007 and in the Shenzhen/Hong Kong Bi-city Biennale of Urbanism and Architecture in 2008.

Cesar Garcia is the co-founder and Director of The Mistake Room (Los Angeles), an itinerant platform for artistically and curatorially driven projects and publications that explore the relationship between intellectual and artistic production. In January 2012, Garcia was appointed US Commissioner for the upcoming 13th International Cairo Biennale. Garcias curatorial practice aims to produce ecologies and distinct spatialities in which the ideas of practitioners of the imagination can be cultivated, tested, produced, and mediated with audiences.

Defne Ayas is the Director and Curator of Witte de With, Center for Contemporary Art in Rotterdam. Before that, Ayas worked as a director of programs of Arthub Asia and as an art history instructor at New York University in Shanghai. Ayas has also been a curator/programmer of PERFORMA since 2004, the biennial of visual art performance based in New York City, where she has managed the biennials collaborative partnerships with a consortium of 80+ cultural institutions across New York City and (co-) organized acclaimed projects and programs with an international roster of artists, architects, curators, and writers. She remains a curator-at- large at Performa. In September 2012, Ayas co-curated the 11th Baltic Triennale (with Benjamin Cook, LUX).

Erin Gleeson is an independent curator based between Phnom Penh and Berlin. She is co-founder and Artistic Director of SA SA BASSAC, a gallery and reading room in Phnom Penh exclusively dedicated to contemporary art exhibitions and education. Gleeson arrived to Cambodia in 2002 as a Humphrey-Fulbright Fellow and has since curated numerous solo and group exhibitions locally, and extended artists work in collaboration with many partners internationally. Her writing and lectures have been hosted by Artsonje Center, Asian Cultural Council, Asia Pacific Triennial of Contemporary Art, Asia Art Archive, Institute of Contemporary Arts Singapore, Para/Site Art Space, The Sothebys Institute, and the Center for Curatorial Studies, Bard College. Gleesons current projects include a group exhibition and publication Phnom Penh : Rescue Archeology, Institute for Foreign Relations (IFA), Berlin and Stuttgart, and Season of Cambodia, a citywide festival of art from Cambodian and its diaspora in New York City.

Jay Sanders has most recently been appointed curator and curator of performing arts at The Whitney Museum of American Art. In 2012 Sanders co-curated the 76th Whitney Biennial with Elisabeth Sussman. From 20052010, Sanders was a Gallery Director at Greene Naftali in New York, where he organized major monographic exhibitions of the artist/filmmakers Tony Conrad and Paul Sharits.

Lara Khaldi is currently leading a new project commissioned by Art Dubai, Mathaf: Arab Museum of Modern Art (Qatar Museums Authority) with the ambition to create the first interactive Arabic Art Glossary. The realization of this project will provide an invaluable resource for curators, writers, students, and artists in the MENA region. Prior to this, Khaldi co-curated the Jerusalem Show IV: On/Off Language at the Al Ma’mal Foundation, 2011. In addition, she held the position of Assistant Director for programs at the Sharjah Art Foundation, UAE from 200911.

Laurel Ptak is currently launching a new curatorial initiative, Parallellogram, in Stockholm and developing upcoming projects on the history of cyberfeminism and arts relationship to labor. Most recently Ptaks work has tested the limits of online platforms as a form of public space and as a context for art its ability to mediate pressing social questions.

Lisette Smits is a freelance curator, editor and educator. From 19962005 she was director of Casco Office for Art Design & Theory in Utrecht (NL). As associate curator she currently is involved with Marres, centre for contemporary culture in Maastricht (NL).

Nav Haq is Curator at MuHKA, Antwerp. From 2007-2012 he was Exhibitions Curator at Arnolfini, Bristol, and from 2004-2007 he was Curator at Gasworks, London. He has curated numerous solo projects with artists such as Hassan Khan, Cosima von Bonin, Shilpa Gupta and Kerry Tribe. In collaboration with Bassam El Baroni and Jeremy Beaudry, he initiated the online project The ARPANET Dialogues as part of Manifesta 8.

Richard Birkett is currently the curator at Artists Space, where he has developed, with director Stefan Kalmár, a program of exhibitions that is committed to the commissioning of new work, as well as the sustained investigation and presentation of historical and critical positions. Prior to this he was curator at the ICA in London. 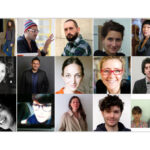