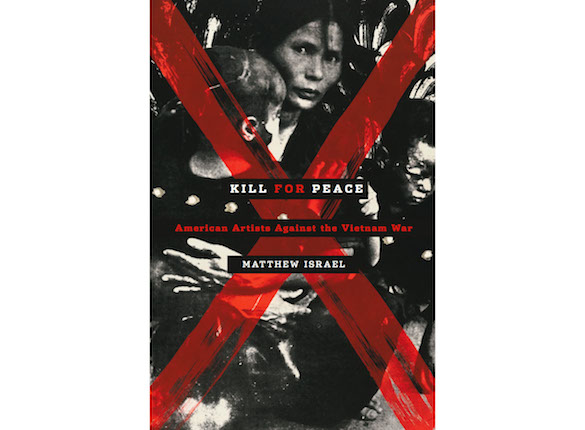 Kill for Peace: American Artists Against the Vietnam War Presented by Matthew Israel Tuesday, June 16, 2015 6:308pm ICI Curatorial Hub 401 Broadway, Suite 1620 FREE and open to the public Art historian, educator, and writer Matthew Israel will discuss his book Kill for Peace: American Artists Against the Vietnam War (2013). On the occasion of ICI’s 40th Anniversary, Israel will also address the historical precedent of A Different War, curated by Lucy Lippard. A Different War was the first critical examination of the impact of the Vietnam War on American artists and the product of a collaboration between ICI and the Whatcom Museum of History and Art. About Kill for Peace The Vietnam War (19641975) divided American society like no other war of the twentieth century, and some of the most memorable American art and art-related activism of the last fifty years protested U.S. involvement. At a time when Pop Art, Minimalism, and Conceptual Art dominated the American art world, individual artists and art collectives played a significant role in antiwar protest and inspired subsequent generations of artists. This significant story of engagement, which has never been covered in a book-length survey before, is the subject of Kill for Peace. Writing for both general and academic audiences, Israel recounts the major moments in the Vietnam War and the antiwar movement and describes artists individual and collective responses to them. He discusses major artists such as Leon Golub, Edward Kienholz, Martha Rosler, Peter Saul, Nancy Spero, and Robert Morris; artists groups including the Art Workers Coalition (AWC) and the Artists Protest Committee (APC); and iconic works of collective protest art such as AWCs Q. And Babies? A. And Babies and APCs The Artists Tower of Protest. Israel also formulates a typology of antiwar engagement, identifying and naming artists approaches to protest. These approaches range from extra-aesthetic actionsadvertisements, strikes, walk-outs, and petitions without a visual aspectto advance memorials, which were war memorials purposefully created before the wars end that criticized both the war and the form and content of traditional war memorials. Robert Storr (artist, critic and Dean of the Yale School of Art) has called Kill for Peace an indispensable book about a grim, much ignored chapter in the history of American art in the second half of the 20th century, a book about how then contains lessons for nowand for the future. Lippard writes of Kill for Peace, “Israel’s significant contribution lies in his extensive research and the way he contextualizes the art as it parallels the history of the Vietnam War. This is a smart way of analyzing the timeliness and effectiveness of antiwar art and has not been done at this length and depth. . . . There is no other book that covers this territory anywhere as thoroughly.” This event is free and open to the public. To attend, please RSVP to rsvp@curatorsintl.org with MATTHEW in the subject line. 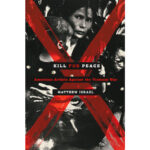 Photos from the Event: Kill for Peace 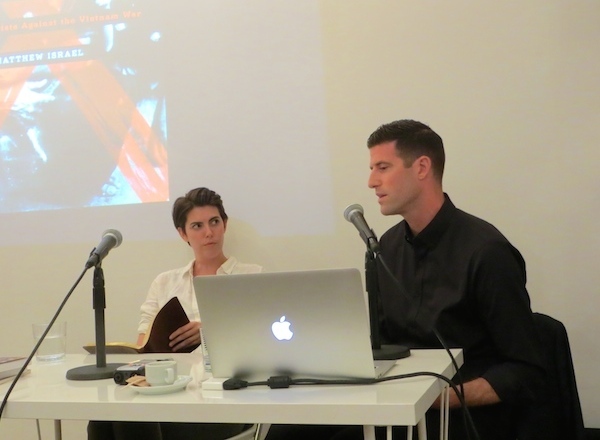