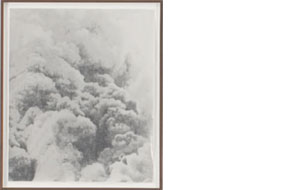 ICI’s new event space! 6.30 p.m. to 8:00 p.m. Gather at ICI’s brand new event space for a NYSE with Lisa Oppenheim on Wednesday, May 25th, and take an in-depth look into this artists sublime, research-based works. Merging fact and fiction, Oppenheim often picks up or interjects points that history may have over looked or intentionally skipped over. Investigation and a true commitment to aestheticism enable Oppenheim to create breathtaking imagery based on historical happenings that may have otherwise gone unannounced. Oppenheims practice is always finely attuned to the possibilities of meaning that is revealed when the technical history of the medium is read against itself, opening fissures between the formal and the ideological. CHRISTIAN RATTEMEYER for Line, No.4 Lisa Oppenheim lives and works in New York. She graduated from Brown University with a BA in art, and she received a MFA from Bard College and the Rijksakademie van beeldende kunsten in Amsterdam. She also participated in the Whitney Museums Independent Study Program. Oppenheim is represented by Harris Lieberman in New York, Martin Klosterfelde in Berlin, and Galerie Juliette Jongma in Amsterdam. Current group exhibitions include “Image Transfer, presented in partnership with Independent Curators International (ICI), New York, and which recently debuted at the Henry Art Gallery, Seattle, Washington; as well as shows at the New Museum in New York, and the Guggenheim, Bilbao. In 2010, she had solo shows at Gallery Martin Klosterfelde in Berlin and Galerie Juliette Jongma in Amsterdam. 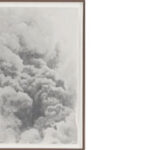