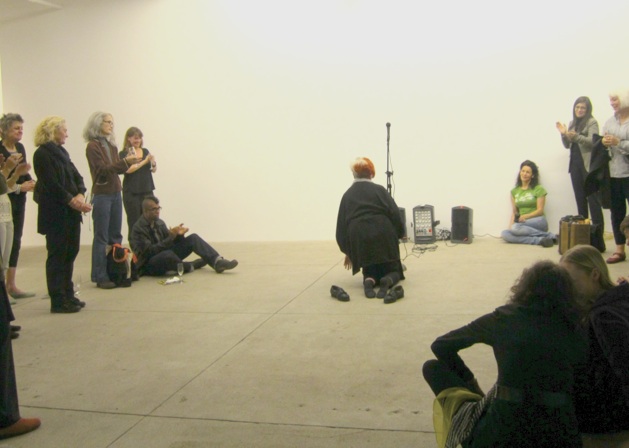 The Artists Brooklyn Studio 6.30 p.m. to 8:00 p.m. “If I were to make a list of the half-dozen most important people for art in downtown Manhattan in the 1970s  the real downtown, the then-sparsely settled west-side area between Canal Street and Battery Park  the conceptual artist and performer Martha Wilson would be on it.” HOLLAND COTTER Photo/Text Works, 1971-74. New York Times, April 2008. On Wednesday, March 30th, ICI will join artist Martha Wilson in her Brooklyn studio for a look into her determined, multifaceted, forty-year career as both artist and founder of non-profit space, Franklin Furnace. This studio visit will provide insight into Marthas inherently feminist and socially engaged practices. With Wilson acting as our guide, we will learn about the complex nature of her work as it encompasses her activities as an artist, creating conceptually-based performances, videos, and photo-text compositions since the early 1970s; her position as the founder and director of the non-profit space Franklin Furnace; her collaboration with other women to form the group, DISBAND. Martha Wilson lives and works in New York. She received a BA from Wilmington College in 1969 and a MFA from Dalhousie University in Halifax, Nova Scotia, Canada. In 2008 Martha Wilson had her first solo exhibition in New York, Photo/Text Works, 1971-1974 at the Mitchell Algus Gallery in Chelsea, New York City. In 2009,the Dalhousie Art Gallery presented Martha Wilson: Staging the Self, curated by Peter Dykhuis and co-organized with ICI (Independent Curators International), New York. Currently, this exhibition is on view at Leonard & Bina Ellen Art Gallery in Montreal, Canada from January 6, 2011 – February 19, 2011. [Photo credit © Kathy Grove] 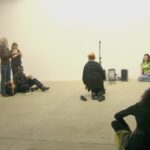 In a recent article in Artforum, Martha Wilson discusses her early artistic practice, the impetus behind the founding of Franklin Furnace, and the upcoming opening of the ICI exhibition Performing Franklin Furnace in New York.

Artist Martha Wilson was recently interviewed in The Brooklyn Rail.

Identities, Feminisms, and Collaborations  A Conversation With Martha Wilson

By Anna Vestergaard Jørgensen Since the early 1970s, Brooklyn based artist Martha Wilson has been experimenting with both male and female identities. In her work A Portfolio of Models (1974) Wilson takes on different female identities like “the professional” and “the goddess,” and she has been performing as political personalities such as Tipper Gore and Barbara Bush […]

Katrina Vastag of The Daily Utah Chronicle profiles Martha Wilson’s interventionism in the UMFA galleries and highlights her concurrent installation Helen Levitt and Gary Winogrand photographs from the UMFA permanent collection: “In addition to Wilson’s individual art, she put together a collection of photographs by Helen Levitt and Garry Winogrand, which can be found on […]

Daniel Gerwin writes of the show at Arcadia University, “The exhibition reveals a career both extensive and courageous.” He continues, “Wilsons commitment to arts digital life reflects the ferocity of her desire to change the way art is encountered. By offering truly populist access, she seeks to vault over the power structures currently controlling the […]