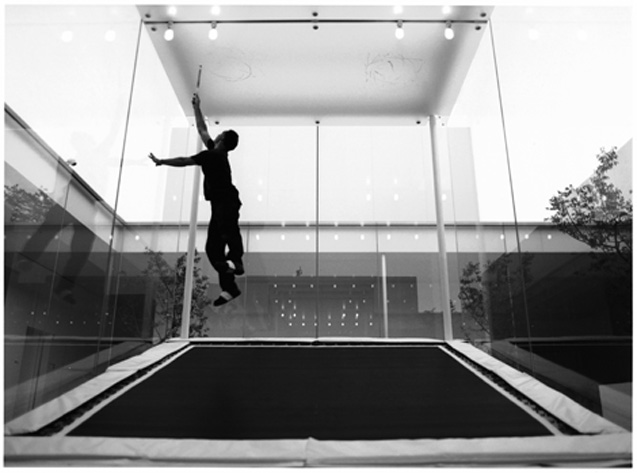 In conjunction with the Mixed Signals: Artists Consider Masculinity in Sports exhibition at Wesleyan University, there will be a free screening of Matthew Barneys Cremaster 4 (1994) and Drawing Restraint 10 (2005) at the Powell Family Cinema, Center for Film Studies on Tuesday, September 27, 2011 at 7:30pm. Matthew Barney is an American artist who works in sculpture, photography, drawing and film. His early works were sculptural installations combined with performance and video. Spanning almost 20 years, Drawing Restraint is an ongoing performance-based project exploring the notion that form emerges through struggle against resistance. The idea grew out of Barney’s early experience as an athlete and represents many principles fundamental to his art. Between 1994 and 2002 he created the Cremaster Cycle, a series of five films that look beyond biology as a way to explore the creation of form, employing narrative models from other realms, such as biography, mythology, and geology.