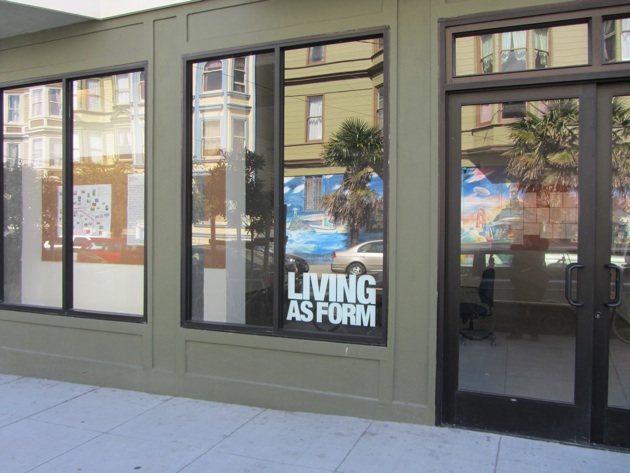 ICI is pleased to announce Nato Thompson in conversation with Larry Bogad at Kadist Art Foundation, San Francisco on March 31st. Living as Form (The Nomadic Version) curator Nato Thompson will be in conversation with Larry Bogad, author, performer, and associate professor of political performance at the University of California, Davis at Kadist Art Foundation in San Francisco. This talk is part of Kadist’s presentation of Living as Form (The Nomadic Version), which brings together a wide range of international projects made between 1991 and 2011. Kadist Art Foundation is the first venue to host the exhibition, which is presented here as a series of screenings, talks, and participatory events that will add to the archive as it continues on to future venues. The exhibition will unfold over the course of the spring in a series of screenings, talks, and participatory events organized by independent curator Christina Linden. Nato Thompson is Chief Curator at Creative Time, New York, as well as a writer and activist. Among his public projects for Creative Time are Tania Brugueras Immigrant Movement International, Democracy in America: The National Campaign, and Waiting for Godot, a project by Paul Chan held in New Orleans. Thompson was formerly a curator at MASS MoCA, and he also curated ICIs Experimental Geography, which traveled to eight venues in North America. This iteration of Living As Form (The Nomadic Version) is co-organized by Creative Time and Independent Curators International (ICI), and assembled in collaboration with Kadist Art Foundation in San Francisco. For more information about the exhibition and tour, please continue here.