On Clement Siatous: The Untold History of the Chagos Islands 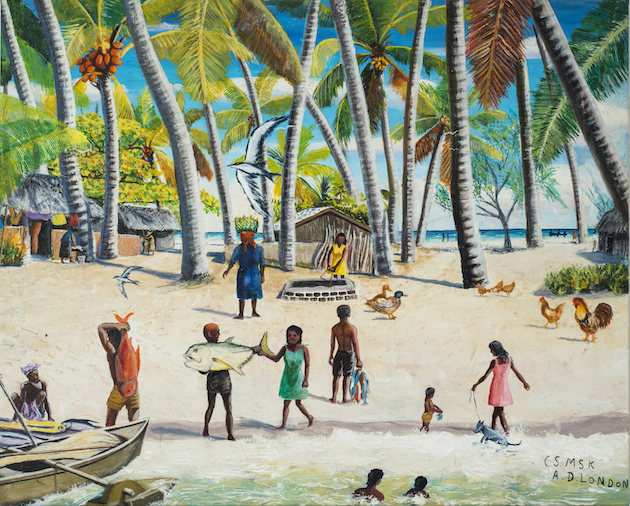 Image: Clement Siatous, Untitled, 2014, acrylic on canvas, 27.5 x 34.5 in. / 69.85 x 87.63 cm. On Clement Siatous: The Untold History of the Chagos Islands Presented by Paula Naughton and Amanda Hunt Wednesday, October 21, 2015 6:308pm ICI Curatorial Hub 401 Broadway, Suite 1620 FREE and open to the public Paula Naughton will be in conversation with Amanda Hunt, and present her research into Chagossian artist Clement Siatous, following his first solo exhibition in the U.S. at Simon Preston Gallery. In the early 1970s, the entire populations of the Chagos Islands were forcibly evicted by the British Government to make way for a U.S. naval base on Diego Garcia, which it currently is today. Siatous illustrates a comprehensive chronicle of life on the islands in exhaustive detail, his paintings revealing a counter narrative to military record. This event is free and open to the public. To attend, please RSVP to rsvp@curatorsintl.org with CLEMENT in the subject line. 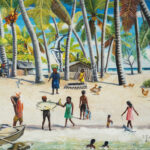 Photos from the Event: On Clement Siatous