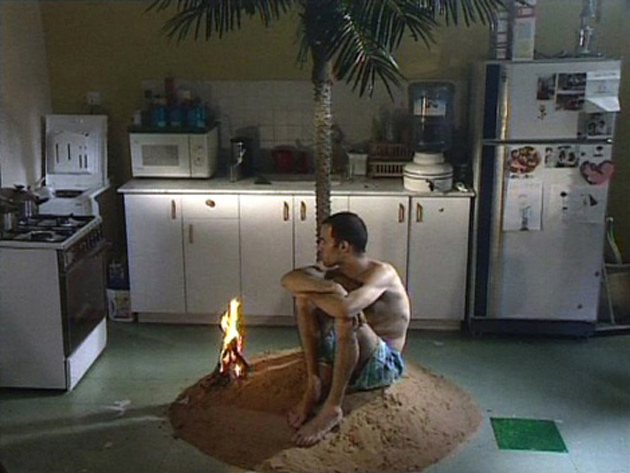 This panel discussion will bring together artists and curators from the ICI exhibition Project 35 on the occasion of its presentation at the Pratt Manhattan Gallery. Project 35 is an evolving program of video works selected by 35 international curators and designed in a flexible presentation format, reflecting the diversity and unique nature of the many national and international art spaces ICI partners with. For Project 35, each curator has been invited to select one artists video that they think vital for contemporary art audiences across the globe. The result heralds the new decade, and showcases a new exhibition concept for ICI, with an eclectic compilation of works that reveal the global reach that video has achieved as a contemporary art medium today. This panel discussion will focus on the ever-changing conversation around video in terms of its value as a format for the international dissemination of artists’ ideas; the rise of varied presentation opportunities for single channel pieces and what effect this is having on the way audiences access art; and the impact that these issues have on how artists are choosing to produce work. Moderated by Kate Fowle, ICIs Executive Director, panelists include artists Beryl Korot and Wanda Raimundi-Ortiz and independent curator Raimundas Malasauskas. This event is free and open to the public. To RSVP, please email chelsea@curatorsintl.org or call 212-254-8200 x126.

Beryl Korot is a pioneer of video art and of multiple channel work in particular. She was also co-editor of Radical Software, the first magazine to focus on the new medium of video in 1970. Her installation works have been seen at such venues as The Kitchen, the Leo Castelli Gallery, the Whitney Museum, the Carnegie Museum, ZKM, the Kolnischer Kunstverein, the Reina Sofia, among others. Her collaborations with composer Steve Reich on two video operas toured worldwide and brought video art into a theatrical context. She is a Guggenheim Fellow and a recipient of numerous grants from both the NEA and NYSCA. In 2010 her work was the focus of a retrospective at the Aldrich Contemporary Art Museum. Raimundas Malasauskas is a writer and curator who lives and works in Paris. From 1995 to 2006 he was a curator at CAC Vilnius and CAC TV; in 2007 he co-wrote the libretto of an opera, Cellador, which was performed in Paris; in 200708 he was a visiting curator at California College of Arts, San Francisco, and from 2007 to 2009 he was also a curator at Artists Space, New York. His writings are concerned with contemporary phenomena, biographies and stories, addressing the parallel worlds of science, media, film, literature, and mass culture. Wanda Raimundi-Ortiz is an artist who has had solo exhibitions at Longwood Gallery, Bronx, New York, the Center for Puerto Rican Studies, Hunter College, New York, and Jersey City Museum. She has participated in several group exhibitions, including Ring and AIM 25 (2002 and 2005, Bronx Museum of Art), El Museos Bienal (2005, El Museo del Barrio), Wild Girls (2006, Exit Art), Tropicalisms (2006, Jersey City Museum), and Salad Days (2008, Artists Space). Raimundi-Ortiz has also been the recipient of the 2001 Bronx Recognizes Its Own (BRIO) Award and a 2002 fellow at the Skowhegan School of Painting and Sculpture, Skowhegan, Maine.