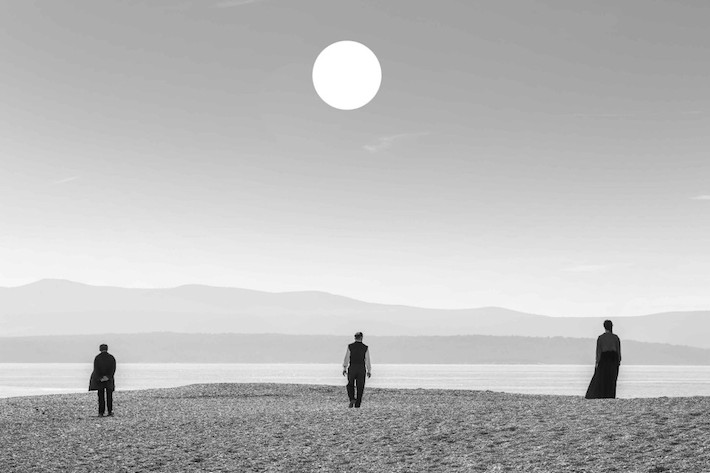 Renata Poljak’s Partenza Tuesday, April 25 6:308pm ICI Curatorial Hub 401 Broadway, Suite 1620 FREE and open to the public Artist Renata Poljak will screen her short film Partenza for its United States premiere, followed by a book launch for Dont Turn Your Back on Me. Partenza, a 2016 short film by Croatian artist Renata Poljak, gauges the emotional consequences of living in economic exile while trying to make sense of visual territory, specifically the sea. The work is set on the Adriatic island of Bra? in its southernmost tip in the city of Bol. Partenza (Italian for departure, commonly used in many of Croatias island and coastal dialects) profiles the sea as a space and subject of political and emotional significance, charged with creating a sense of displacement. Employing cinematic motifs of the avant-garde such as cinéma vérité, soviet constructivism, and hints of surrealism, Partenza illustrates the gendered waves of 20th century Croatian labor emigration to Latin America through the eyes of those left behind in Bol. On the occasion of Poljaks solo exhibition An Ordinary Life (2016, Museum of Fine Arts, Split) the publication Dont Turn Your Back on Me has been produced by Verlag für moderne Kunst and features texts by Elisabeth Lebovici, Mladen Lu?i?, Zeljka Himbele, Alaina Claire Feldman, Branko Franceschi, and more. A short discussion between Ana Janevski (Associate Curator of Media and Performance Art at MoMA) and the artist will follow the screening. Copies of the publication will be available for purchase. This event is free and open to the public. To attend, please RSVP to rsvp@curatorsintl.org with RENATA in the subject line. This program is supported, in part, by public funds from the New York City Department of Cultural Affairs in partnership with City Council, and the New York State Council on the Arts with the support of Governor Andrew M. Cuomo and the New York State Legislature.