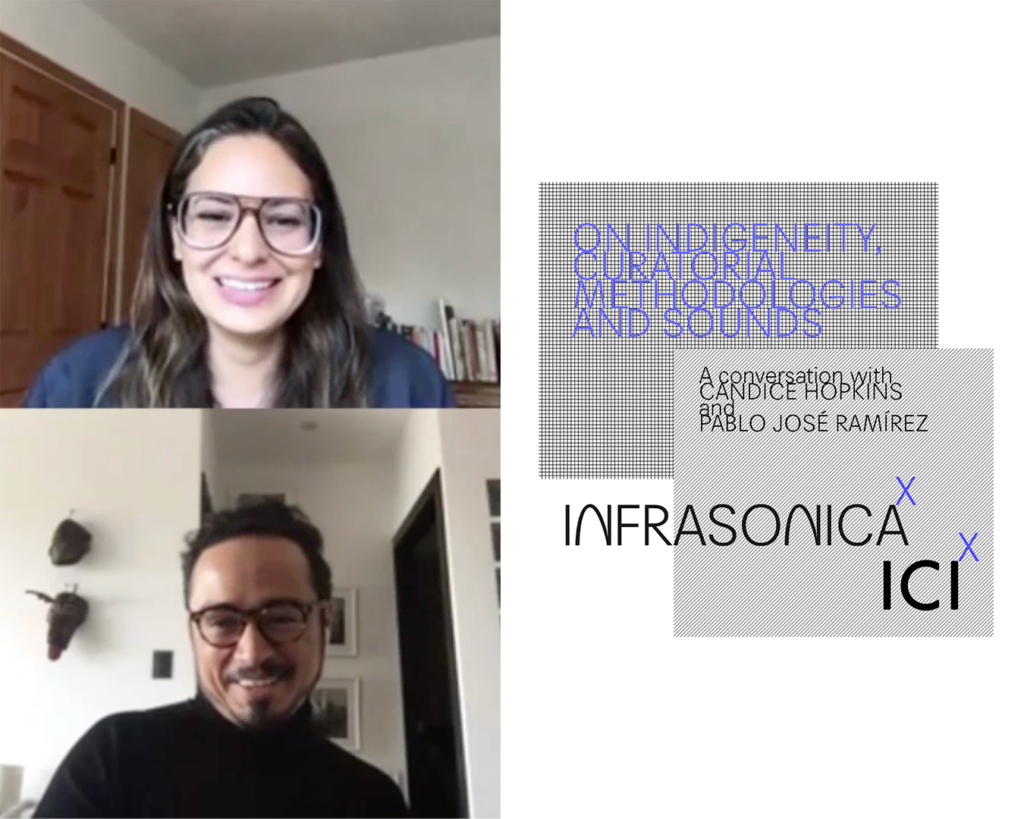 Watch Now, conversation between Candice Hopkins writer, researcher, and a citizen of Carcross/Tagish First Nation and Co-Curator of ICI’s Soundings and Pablo José Ramírez, editor in chief of Infrasonica and Adjunct Curator of First Nations and Indigenous Art at Tate Modern.

The conversation will investigate notions of sound and Indigenous art, looking critically at the hierarchies regularly established between the sonic and the visual realm.

How to reconsider this relationship in Indigenous cultural practices? How to look at it when developing curatorial and institutional discourses? What kind of methodologies can we learn from Indigenous knowledge when thinking about the practice of curating?

This program is co-presented with Infrasonica. Infrasonica is a digital platform of non-western cultures that records, analyzes, and debates the eeriness of sound and its auras, linked to the world with the audible, the hidden, and the sensitive. Infrasonic waves operate at a frequency that is undetectable by human ears even though they are often generated by massive ecological phenomena such as the movement of tectonic plates or the deep currents of the ocean. Infrasonica aims to be a catalyst for those vibrations. The platform includes archives of experimental sound and visual artists, as well as theoretical musings on contemporary critical thought. By relying on a borderless network of collaborators, Infrasonica blends essays, conversations, and speculative works that encourage critical curatorial and research projects.