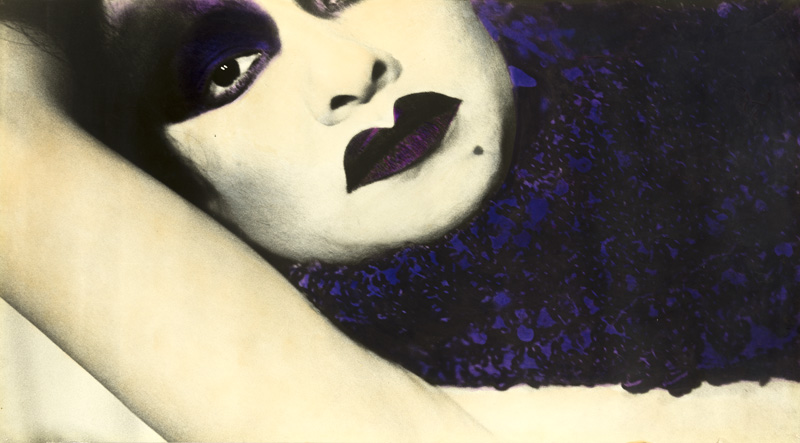 For Alice Bag, punk was always more than just music – it’s a way of life. Born in East Los Angeles to immigrant Mexican parents, Bag first embraced music’s riotous energy when she founded the Bags with Patricia Morrison in 1977. The band only lasted four years but made an indelible mark on the burgeoning LA punk scene, thanks in no small part to how the young singer transformed the blunt trauma of her daily life into onstage energy. Bag continued to upend the expectations of what a woman could do in music throughout the ’80s, all while going to college and beginning a new career as a teacher. This quiet reinvention ultimately took Bag away from music, though she kept sharing insights and lessons online and in her memoir, Violence Girl. In 2016, nearly four decades after she first became a singer, Alice Bag released her self-titled debut solo album.

In this public conversation at the Red Bull Music Academy Festival Los Angeles, presented in partnership with the ONE National Gay & Lesbian Archives at the USC Libraries and the exhibition Axis Mundo: Queer Networks in Chicano L.A., Bag will share some of her hard-earned wisdom and explain just how she keeps her punk spirit alive.

Meet at 1pm at MOCA Pacific Design Center for a walkthrough of Axis Mundo: Queer Networks in Chicano L.A. with Rademacher and Allyn. Workshop to be presented following the tour at the West Hollywood Library Community Room located just across the street.
In this workshop led by artists Nicole Rademacher and Jerri Allyn, participants will together record their unique histories and shared experiences through the production of a communal deck of divination cards. The event will begin with a short walkthrough of Axis Mundo, where documentation of Allyn’s Laughing Souls/Espíritus Sonrientes (1979) is presented and numerous intersecting histories and identities are explored, including those of Pachuca/os, punk rockers, suburbanites, immigrants, risk-takers, manipulators, las locas, maricóns, malfloras, activists, Bon Bons, and other drag personas. The show may provide ideas for participants to collaboratively create their own real or imagined “origin stories” through the production of divination cards (like Tarot). Part of an ongoing project by Rademacher, the resulting card deck will reflect remembered and imagined pasts, as well as stories that have been passed down in their families, stories that have been whispered from one to another, and imagined futures.

Held on occasion of the exhibition Axis Mundo: Queer Networks in Chicano L.A., this roundtable discussion will consider recovering queer Chicana/o histories and artist’s archives. Participants will discuss how the exhibition seeks to map news directions for research and scholarship while sharing some surprising finds and unexpected connections uncovered during the process of organizing Axis Mundo. Panel participants include C. Ondine Chavoya and David Evans Frantz, the co-curators on Axis Mundo; Julia Bryan-Wilson, Professor of Modern and Contemporary Art at UC Berkeley; and Richard T. Rodríguez, Associate Professor of Media and Cultural Studies at UC Riverside.

BEETOVEN WAS A LESBIAN: A TRIBUTE TO PAULINE OLIVEROS
Sunday, October 29, 4-7pm
ONE Archives at the USC Libraries
909 West Adams Boulevard
Los Angeles, CA 90007
INFO at one.usc.edu
FREE with RSVP

One of the foremost avant-garde composers of her generation, Pauline Oliveros (1932–2016) expanded our understanding and perception of sound. In her groundbreaking career, Oliveros consistently experimented with new musical forms, emphasizing the potential of non-hierarchal musical practices and collaboration. An influential figure in Southern California’s artistic communities during the 1970s, Oliveros’s work was inspired by and deeply committed to the women’s movement. ONE Archives, in collaboration with author, playwright/director, and poet IONE and the International Contemporary Ensemble (ICE), will present an open set of performances, meditations, Deep Listening, screenings, and discussions in tribute to Oliveros’s extensive work in experimental and electronic music. Featuring performances across multiple spaces; archival film and video screenings; and discussions about Oliveros’s musical work, 1970s Southern California, and Latinx musical history, this immersive event will offer exciting new ways to explore Oliveros’s landmark contributions to music. The event’s title, “Beethoven Was a Lesbian,” comes from a 1974 collaboration between Oliveros and Alison Knowles that addressed women’s outsider status in the music world.

Presented by USC Visions and Voices: The Arts and Humanities Initiative. Organized by ONE National Gay & Lesbian Archives at the USC Libraries in conjunction with their exhibition Axis Mundo: Queer Networks in Chicano L.A., part of Pacific Standard Time: LA/LA.

Join artist Joey Terrill for a walkthrough of the exhibition Axis Mundo: Queer Networks in Chicano L.A. at MOCA Pacific Design Center. A central figure in the artist networks profiled in Axis Mundo, beginning in the 1970s Terrill worked across a wide-range of mediums, including screen printing, mail art, comic books, T-shirts, and painting, to visualize queer Chicano aesthetics and politics. Terrill will discuss his work as well as the work of close peers and collaborators in the exhibition.

Simon Doonan is a celebrated window dresser, cultural critic, author, and creative ambassador-at-large for Barneys New York. In the early 1980s, Doonan collaborated with artist Mundo Meza(1955–1985) on window displays at West Hollywood boutiques including Maxfield Bleu. Juxtaposing glamorous and shocking elements, the playful and surreal displays were provocative and titillating. In conjunction with Axis Mundo: Queer Networks in Chicano L.A., Doonan will discuss his collaborations with Meza and the intersection of artistic, fashion, and club cultures during that prolific time in Los Angeles.

This program is presented in collaboration with The Museum of Contemporary Art, Los Angeles, with the support of the City of West Hollywood’s WeHo Arts program. For more information, please visit weho.org/arts or follow @WeHoArts.

Please check moca.org and one.usc.edu for updates on related programs.