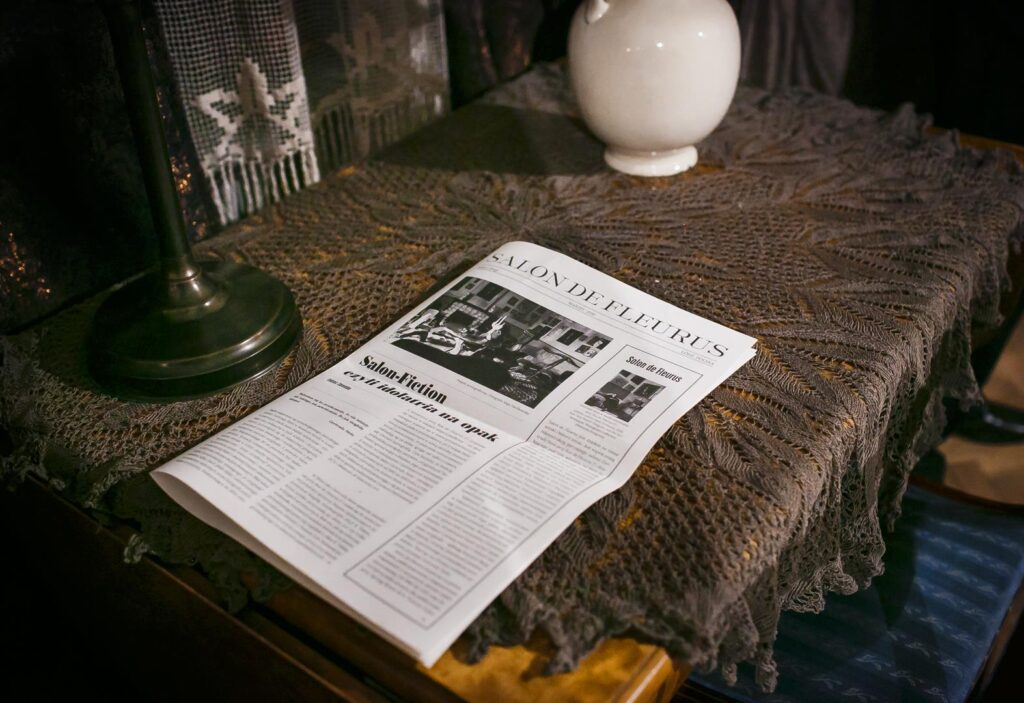 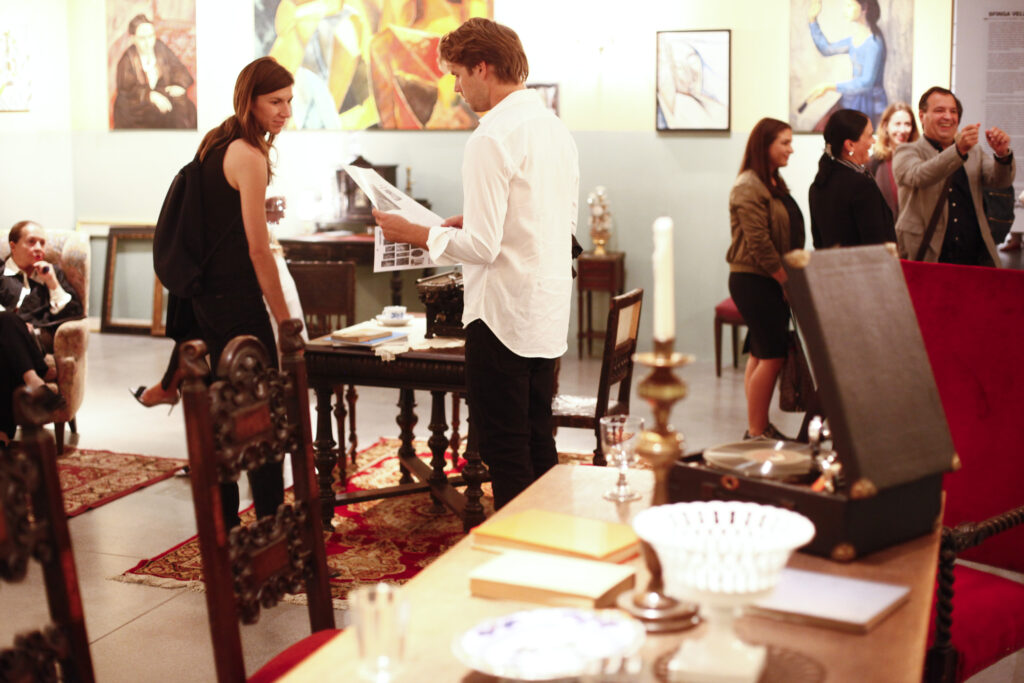 Salon de Fleurus has been conceived from the start as a modular exhibition model. As the exhibition travels, art spaces source local details such as furniture, literature, decorations, and objects that further relate to early modernity, and organize readings, talks, screenings and events that use the salon as a forum for discussing diverging art historical narratives.

In addition, a broadsheet catalogue designed by Garrick Gott is produced at each hosting art space. This publication includes press and images from the Salon’s twenty-year history along with newly commissioned essays and interviews. The original copy, created by ICI, is presented to the art space as a template. Each art space then has the opportunity to translate, curate, and produce new content for the publication to supplement the exhibition. Therefore, much like the exhibition itself, the broadsheet becomes a fluctuating space for uniquely relevant discourse tailored to each location. This collection of texts and images serves as an entry point for readers and visitors to the exhibition through a distinctly trans-historical lens due to the diverse compilation of materials. In this way, each art space becomes an active participant in framing the narrative of the show by contributing to a collective archive. Some of the authors and figures whose work has been represented in these publications so far have been Kim Levin, Alfred H. Barr Jr., Łukasz Zaremba, Walter Benjamin, Michal Libera, and Petar Prelog. These pieces are complemented with press clippings from news articles about Gertrude Stein and Salon de Fleurus.