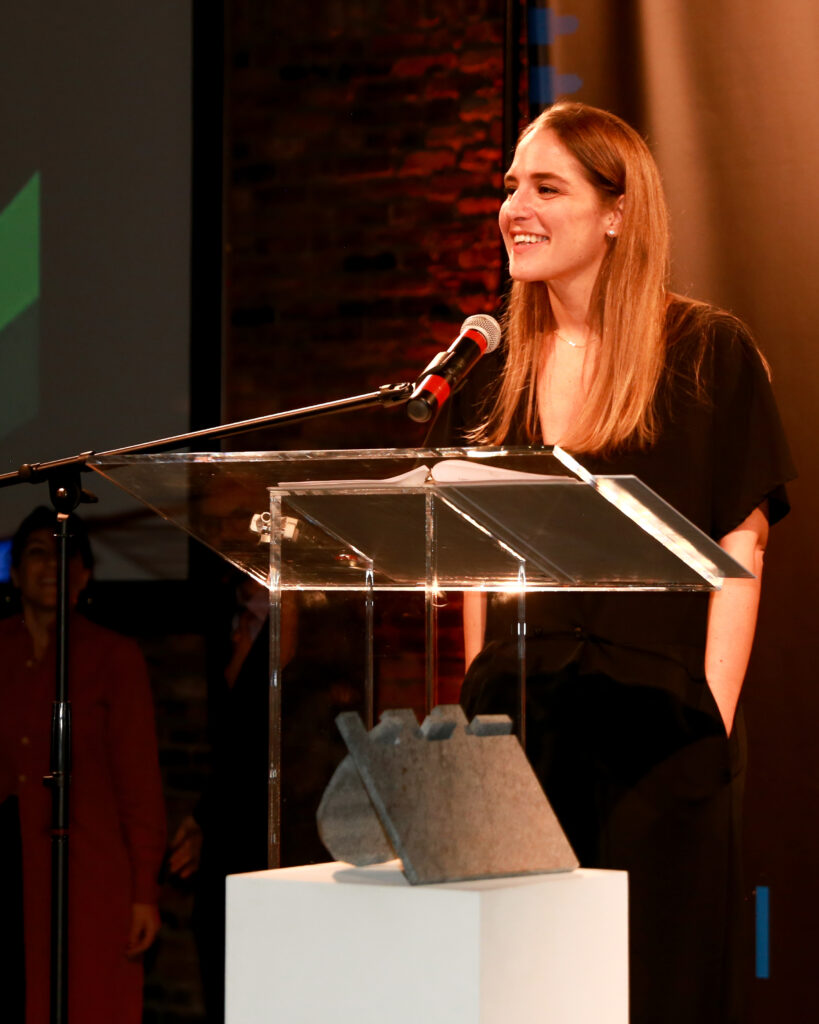 Amanda: I’d love it if we could begin by talking about the relationship between solo and group exhibitions in your work at SALT these past seven years.

Merve: Each exhibition builds on positions and there is no pre-set common denominator; therefore, it is quite difficult to generalize the relationship between them. However, one clear distinction is that the group exhibitions that I’ve worked on over the past seven years mainly focused on archives –from periodicals to photographs, video clips to tv commercials– and recordings. While group and solo exhibitions have particular methodologies, they all have extensive research periods and are collaborative in nature.

Amanda: When you say that there is a consistent research methodology, could you explain what that looks like for you?

Merve: As the original material changes from artworks to archives, adaptability of proposals and strategies become all the more important, especially due to limitations determined by the ephemerality of certain archives or state restrictions. The research phase of each exhibition begins with a set of questions, rather than the expectation of a specific outcome, which in turn necessitates a holistic yet detail-oriented grasp of the nature of the material–the crux and relevance of the subject-matter that will eventually trigger the format. For instance, How did we get here, a project focused on temporary manifestations of collectivism in the 1980s post-coup d’état period, my colleague Erman Ata Uncu and I interviewed more than one hundred people (including academicians, journalists, activists, writers, architects, film directors, influential actors of the period) and went through their personal archives. The project was shaped around the interconnected stories and archives of second-wave feminists, anti-militarists, the green movement, LGBTQI activists, and human rights defenders; and re-introduced various alternative tactics to survive in oppressive environments. On the other hand, in the more recent project Continuity Error, the first comprehensive survey of Aydan Murtezaoğlu and Bülent Şangar, who were prominent figures in shaping the emerging contemporary art scene in 1990s’ Turkey, I worked closely with them for over two years, to discuss how changes in the political climate influenced their artistic practice. The curatorial choices concerning the exhibition were also an outcome of our long discussions. I can give you more examples but the research is really the key, the core ingredient, in these projects, and my motivation was not only to emphasize the importance of the work/or the recording in the past but also to address their relevance today.

Amanda: It would be helpful to know more about this key element. How do you determine how something is resonating with the contemporary moment in your work?

Merve: As I briefly mentioned above, at SALT, the research outcomes are not predetermined even in format. It can be an exhibition, a publication, a web-based platform or a public talk program, –sometimes, all or a few of the above. This provides certain flexibility to rethink and to reassess the relevance of the findings or developing lines of thought as a whole. The final content of the project is only locked down in the last three months as it cannot be detached from the local discussions. How the content resonates in the contemporary political context and how it responds to the moment remain the crucial concern throughout.

Amanda: Those last three months must be pretty tight!

Merve: Definitely. But it is also the most exciting part of it, as the conversations, collaborative processes, and the new findings finally converge.

Amanda: It’s interesting what you’re saying about how you locate these histories and then excite them again by juxtaposing different materials and having these conversations. Are there ways you can talk about locating physical material, artifacts and representations of these experiences that supplement the conversations and underpin or support the kind of exchanges you’re having that are maybe not part of the exchange itself?

Merve: This is the reason why I try to expand my initial research by consulting as many individuals as possible. The conversations, interviews, and sharing of references during the research period open up new perspectives and lead me to the personal archives, and each meeting somehow complements one another. The kind of research-heavy exhibitions I work on mainly entails the introduction of these at-risk/closed archives to the public, to preserve their memory, and to propose narratives alternative to the dominant state idiom. The exhibition itself, of course, does not hide that this act of sharing and contestation has very specific motivations, and there are certain critical moments/examples that I like to point out. However, this framework remains far from being overdetermining as the unfinished nature of the exhibition also accommodates new readings. The viewer or the user of the exhibition and the archive can introduce a new set of questions and continue working on these discussions.

Amanda: You’re talking very much about de-centering yourself and your authorial role within curating these projects. Could you talk a little bit about this and what you think is making this particular to the way that you handle these projects?

Merve: Shifting the authorship, working on the curatorial decisions with artists, educators, researchers, designers, and many others, initiated new research-based dialogues. The outcomes of the projects are primarily shaped by these relationships. Rather than focusing on a singular narrative, these projects created frictions, stimulated discussions, and more importantly responded to active debates of today.

Amanda: Your work seems to always attend to the local context that it’s presented in. I am wondering if that is something that you see shifting in the future. Could you talk a little bit about the importance of how you’re determining and understanding what your viewership is?

Merve: You are right until now I have strictly worked with the local context. But it’s not because I have the preconception that the local context is unique and fundamentally different from other places. In fact, I find it inspiring when I see, through the juxtaposition of the local with the non-local, that different actions and movements and initiatives form organic parallels in different parts of the world, that we are still somehow interconnected. I am also very excited to work in this direction, teasing out such correspondences. As for viewership, I don’t start the projects by defining the viewer. But it’s never the local audience on my mind when I am working towards a project.

Merve: I’m not interested in attracting large numbers of visitors or appealing to a specific viewership, but I remain thoroughly interested and invested in what the audience, the user gets out of an exhibition and what can they do with it, how research can live outside of the exhibition space?