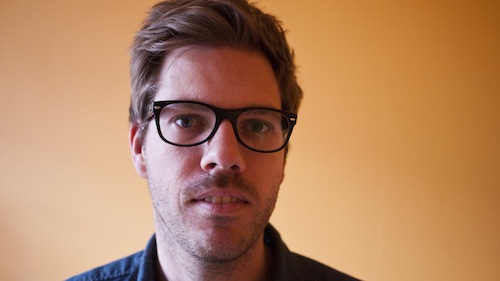 Colección Patricia Phelps de Cisneros and Independent Curators International are pleased to announce that Remco de Blaaij has been selected as the second recipient of the CPPC Travel Award for Central America and the Caribbean. The award supports a contemporary art curator based anywhere in the world to travel to Central America and the Caribbean to conduct research about art and cultural activities in the region. The process will generate new collaborations with artists, curators, museums, and cultural centers in the area.

Remco de Blaaij (b. 1979, The Netherlands), a Glasgow-based curator, will research women activist practices in the countries of Guatemala, Jamaica, Nicaragua, and Suriname. De Blaaij will visit local artists, art institutions and non-profit organizations, conduct research in the archives of Edna Manley College in Jamaica, interview art historians and curators, and give public lectures throughout the region. Travelogs, details on related events, and further information on de Blaaij’s research will be available on ICI’s website this fall 2013.

Remco de Blaaij has been curator at CCA Glasgow since October 2012. Previously he co-curated Picasso in Palestine whilst working at the Van Abbemuseum, Eindhoven, The Netherlands (2007-12). He worked on the team of Be(com)ing Dutch, a two-year elaborate project in the museum that dealt with residues of globalization, national identity, and immigration. He moved to London in 2011 to conclude his research at the Centre for Research Architecture, Goldsmiths University with the publication too little, too late on border practices of visual culture against the backdrop of Suriname.

Remco de Blaaij was selected from more than 50 applicants from over 20 countries. The selection was made by a jury of professionals, which included María José Chavarría (curator, Museo de Arte y Diseño Contemporáneo de Costa Rica), Adán Vallecillo (artist and curator, Nicaragua), and María del Carmen Carrión (Associate Director of Public Programs & Research, ICI). In their selection, the jury considered the need to balance new readings and narratives for Central American and the Caribbean art histories, as well as identify projects responding with innovative approaches to the area’s most urgent needs.