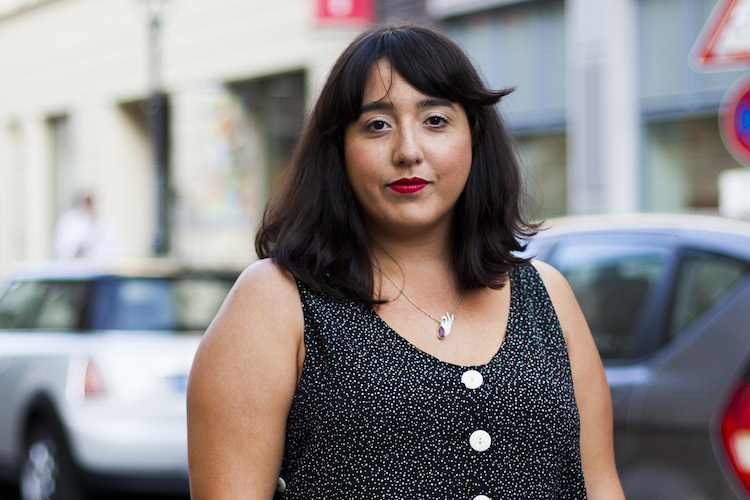 The Colección Patricia Phelps de Cisneros (CPPC) and Independent Curators International (ICI) announce Marina Reyes Franco as the recipient of the 2017 CPPC Travel Award for Central America and the Caribbean.

Marina Reyes Franco has been selected as the fifth recipient of the CPPC Travel Award for Central America and the Caribbean. The award supports a contemporary art curator based anywhere in the world to travel to regions in Central America and the Caribbean to conduct research related to art and cultural activities, generating new collaborations with artists, curators, museums, and cultural centers within regional networks.

Using the award to travel to the Dominican Republic, Panama, the Bahamas, Jamaica, and Trinidad, Marina Reyes Franco will investigate the ideas of paradise and fiscal paradise, and the geographical coincidence of these concepts. Her research delves into the effects of tourism on artistic practice and cultural production, and how cultural characteristics and differences are projected to the outside viewer within the new colonial relationship that the tourism industry in the Caribbean embodies.

Marina Reyes Franco’s proposal was selected from 71 applications from 27 different countries. The selection was made by a jury of professionals that includes: Tamara Díaz Bringas (researcher and independent curator, Madrid), Jessica Kairé (artist and co-founder of NuMu, Guatemala City), Rachel Ellis Neyra (poet-theorist and Assistant Professor of English, Wesleyan University), and Emiliano Valdés (Chief Curator of the Medellín Museum of Modern Art). In their selection, the jury considered the immediate and the long-term benefits and impact of each proposal for the places, institutions and artists visited, as well as projects that favor new understandings and readings of the artistic production of the region.

In selecting her research proposal, the jury stated: Marina Reyes Franco’s multidimensional practice imagines the jarring simultaneity of the post-military and tropicality, and grows from the Caribbean. She asks: In how many different ways does the land that was taken return to those from whom it was taken? This is a theoretical, aesthetic, historical, cultural, and lived question that Marina proposes to think from Puerto Rico in relation to the Dominican Republic, Panama, Jamaica, Trinidad, and the Bahamas. The jury for the ICI/CPPC Travel Award 2017 unanimously selects her proposal and supports this curator and writer already working and imagining alternate futures of collaboration from within the region, which she never describes as marginal or peripheral to a dominant, militarized elsewhere. In her proposal, Caribbean art and civil disobedience generate movement and possibility. The jury envisions that the results of this research will go beyond the scope of this grant.

Marina Reyes Franco (b. San Juan, 1984) is an art historian and independent curator living and working in San Juan, Puerto Rico. She received a BA in Art History from the University of Puerto Rico and a MA in Argentine and Latin American Art History at IDAES-UNSAM. She is co-founder and former director of La Ene, a museum in Buenos Aires, Argentina. Some recent projects are: The 2nd Grand Tropical Biennial, co-curated with Pablo León de la Barra, Stefan Benchoam and Radamés “Juni” Figueroa (2016), “A Summer in Puerta de Tierra,” an exhibition and day outing in a San Juan neighborhood in response to the policies of population displacement and tourism focus in the area (2015); “Calibán,” a selection of Puerto Rican contemporary artists at the Museum of Contemporary Art in San Juan (2014) and “Sucursal,” an exhibition of the collection of La Ene, at the Museum of Latin American Art in Buenos Aires, co-curated with Gala Berger, Sofía Dourron and Santiago Villanueva (2014), as well as numerous exhibitions at La Ene while she was director. Her research interests include the work of Esteban Valdés, artistic and literary manifestations on the frontier of political action, the development of new institutions that respond to the needs of particular artistic scenes, and the impact of tourism on cultural production.

Rachel Ellis Neyra is a poet-theorist and currently an Assistant Professor of English at Wesleyan University. She/they reads and writes about: Latina/o/x Poetics; Black, Caribbean, Diasporic and Latina/o/x Music, Literature, Performance, and Visual Art; Third Cinema; Critical Race, Film, Literary, Queer, and Translation Theories. Based in NY, Neyra was recently living in San Juan and working on their academic book manuscript, Cry Bomba: Listening to Brown Poetics, in residency at Beta Local. Cry Bomba is concerned with Latina/o/x and Black literature, music, cinema, and performance that deviate from the promise of freedom and the American dream, and flicker with insurgency, sonic nonsense, upheaval, sex, and civil disobedience. In their writing, teaching, and listening, Neyra is into imaginative articulations and movements against a politics of assimilation, progress, whitening, and “finishing oneself,” which alternately play with variations on funky and glittering radicalisms in a world that makes bodies and words weary, but wanting to feel otherwise.

Emiliano Valdés (Guatemala, 1980) is Chief Curator at the Medellin Museum of Modern Art. Until recently, he was Associate Curator for the 10th Gwangju Biennale (South Korea) and Co-Director of Proyectos Ultravioleta (Guatemala), a multifaceted platform for experimentation in contemporary art based in Guatemala City. Prior to that, he was the Patricia Phelps de Cisneros Curatorial Fellow at dOCUMENTA(13) and Curator/Head of Visual Arts at the Centro Cultural de España en Guatemala. Valdés has also worked for institutions such as the Museo Nacional Centro de Arte Reina Sofía, (Madrid), and Contemporary Magazines, (London). He holds a Degree in Architecture from the IUAV University in Venice Italy and a Master’s Degree in Hispanic Studies from the Spanish Ministry of Culture, Spain and Fundación Duques de Soria. Valdés has written for ArtNexus, The Exhibitionist, Arte al Día, and FlashArt, amongst other international publications as well as for artist catalogs and specialized books. He is currently working on an exhibition that traces the emergence of contemporary art practices in Guatemala from 1960-present as part of the Getty’s PST: LA/LA initiative to open in September 2017.

ABOUT THE COLECCIÓN PATRICIA PHELPS DE CISNEROS
The Colección Patricia Phelps de Cisneros (CPPC) works to increase understanding and awareness of Latin America’s contributions to the history of art and ideas, and to support innovation, education, creativity, and research in the field of Latin American art. Through grants and partnerships, the CPPC also supports the professional development of Latin American artists, curators, and scholars. Recent initiatives include, among others, a sponsorship to create a Curatorial Fellowship at dOCUMENTA (13) in Kassel, Germany; a partnership with Hunter College (New York) to create the Patricia Phelps de Cisneros Professor of Latin American Art; and a grant for a Venezuelan artist to assist to the residency program Soma SUMMER in Mexico City.

The 2017 CPPC Travel Award for Central America and the Caribbean