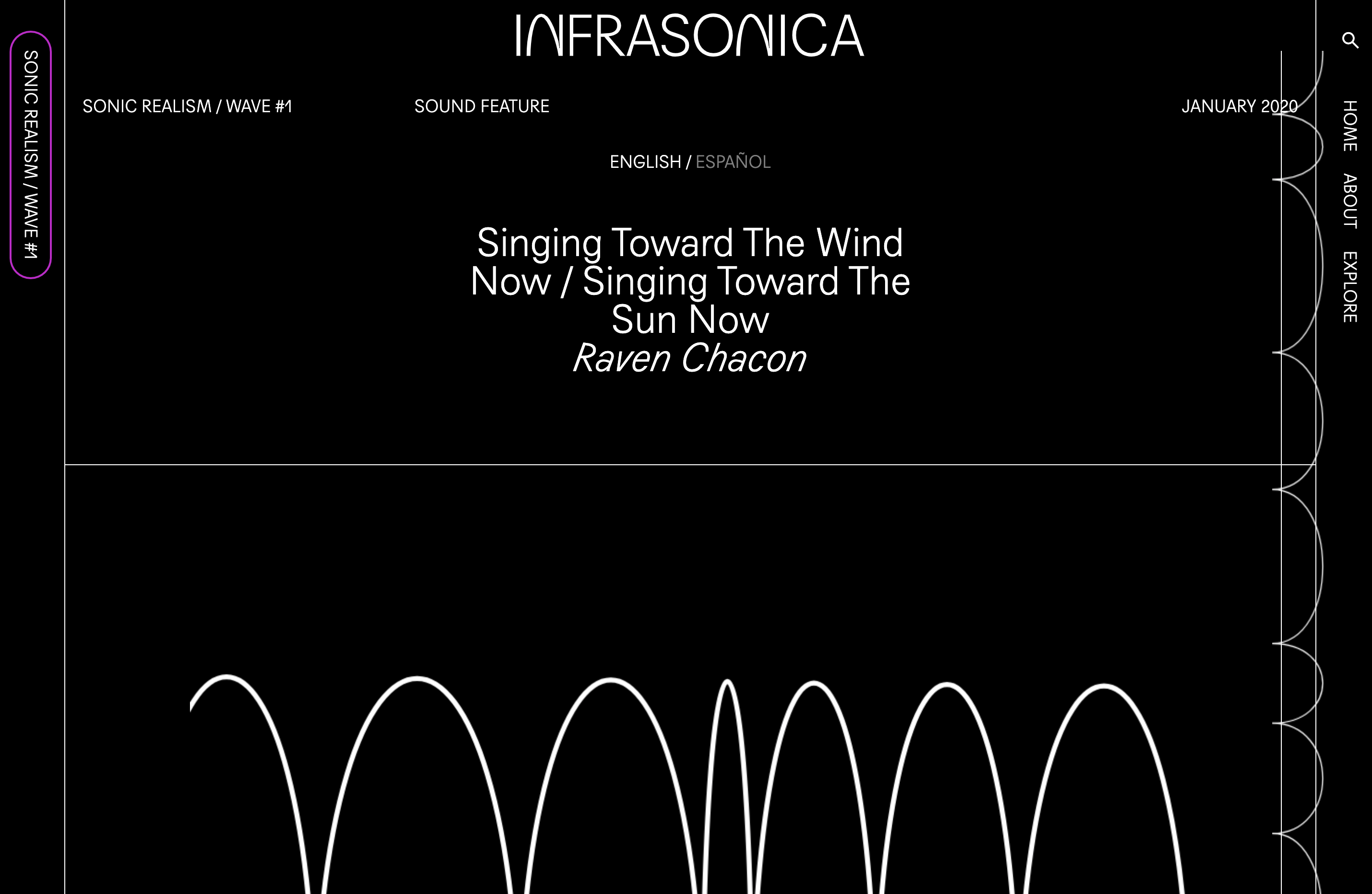 Raven Chacon’s installation Singing Toward The Wind Now / Singing Toward The Sun Now (2012) places electrical utility towers amidst the winds of the Navajo Nation, transforming them into musical instruments, which incorporate traditional geometrical designs seen in Navajo weavings and paintings.
Two of the towers function as harps, whose strings are activated by swirling wind and sand, while two solar-powered oscillators produce a faint electronic beat.
Chacon’s practice exists at the intersection of sound art, and the composition of chamber music, all the way through noise music, performance and visual art: Singing Toward The Wind Now / Singing Toward The Sun Now reflects Chacon’s sight through the multimedia nature of his language, which expands questions of Native American indigeneity through images and sounds from imageries that are continuously and newly interlaced.

Pablo José Ramírez, recipient of the 2019 ICI/CPPC Travel Fellowship, is Editor in Chief and Co-Founder of Infrasonica.

Infrasonica is a digital platform of non-western sonic cultures. They record, analyze, and debate the eeriness of sound and its auras, linked to the world with the audible, the hidden, and the sensitive. Infrasonic waves operate at a frequency that is undetectable by human ears even though they are often generated by massive ecological phenomena such as the movement of tectonic plates or the deep currents of the ocean. Infrasonica aims to be a catalyst for those vibrations.

Infrasonica will include archives of experimental sound and visual artists, as well as theoretical musings on contemporary critical thought. By relying on a borderless network of collaborators, the platform will blend essays, conversations, and speculative works that encourage brazen curatorial and research projects.