By misacuratorsintl-org on January J 2014 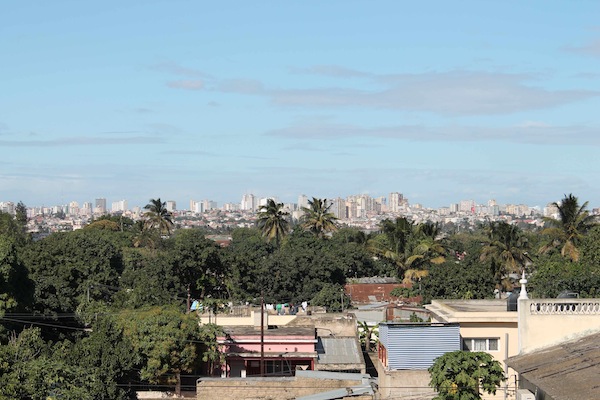 In this journal entry, ICI Curatorial Fellow Miguel Amado shares his research on contemporary art in Portuguese-speaking countries in Africa.

Last year, under the auspices of ICI, I embarked on a project focusing on African art in general and the art of the African Portuguese-speaking countries in particular. The research included field trips to Luanda (Angola) and Maputo (Mozambique), where I assembled documentation about artists, museums, galleries, exhibitions, and players such as collectors and dealers.

The aim of the project was to increase international awareness about art from Africa. Mapping the contexts and people that make up the diverse art scenes there was only one part of the effort, however; it was very illuminating to examine the reception of African art practices—from programming to collecting and display strategies—within Western institutions, both historically and in the contemporary era.

The reason for the particular focus on Angola and Mozambique is because very recently they have been developing contemporary art scenes; the most important causes for this are their late independence from Portugal and the civil wars that followed. They have great potential as case studies from which we can speculate about other artistic situations across the sub-Saharan part of the continent.

The globalization process and the “geographic turn”

Art history has always been understood as a time-based narrative. The most iconic illustration of this is probably the famous timeline/chart drawn in 1936 by Alfred H. Barr Jr., the first director of New York’s Museum of Modern Art. The chronologically oriented approach to artistic practices that has dominated the 20th and 21st centuries is largely attributable to the massive influence of this single institution.

But a new understanding of artistic practices, emphasizing geography over chronology, has been emerging in recent years. Western museums, having realized that their programs disproportionately emphasized artists born or living in the United States (mostly New York and Los Angeles) and certain Western European countries (the United Kingdom, Germany, and France), are increasingly presenting and collecting the work of non-Western artists.

For example, a lack of geographical diversity was the main criticism faced by the Tate in regard to its collection when Tate Modern opened. Therefore, an acquisitions policy was put in motion aiming at addressing that. In the meantime, shortcomings could be circumvented not only via an innovative collection display model but also via the temporary exhibitions program.

This realignment of art history, I would argue, constitutes a “geographic turn” in Western museum’s policy. By investigating the contemporary artistic practices, they are attempting to grasp new ideas emerging across the world. In collecting and exhibiting modern artistic practices, they are finally looking at alternative modernisms through a comparative perspective.

The “geographic turn” has been enabled by the globalization process, which consists of the suppression of spatio-temporal limits in the Western hemisphere and the tearing open of new civilizational horizons. Today, events that were once defined through a Eurocentric point of view are being contextualized differently, because the one-way power relationship that defined center and periphery is disintegrating.

The sociologist Immanuel Wallerstein famously rejected the ideologies behind the concept of “third world,” claiming that there is only one planet, connected by a complex network of economic relationships. The theorist Hans Belting makes a related point about artistic practices in the wake of the globalization process when he says that “contemporary art” is “global art.”

Belting’s precise words are worth repeating: “Beyond the West, contemporary art has a very different meaning that is slowly also seeping into the Western art scene. There, it is hailed as a liberation from modernism’s heritage and is identified with local art currents of recent origin. In such terms, it offers revolt against both art history, with its Western-based meaning, and against ethnic traditions, which seem like prisons for local culture in a global world.”

“Curating Africa”: The challenges to the Western curator

Today, Western curators are finally challenging Eurocentric approaches to art history. This requires broadening one’s intellectual horizons—not only looking beyond Western artistic practices, but also looking through lenses that are not of the West, given the ideological connections that have always existed between geography and artistic “style.”

In order to understand artistic practices that exist beyond the West, one must pay attention to—and, I would dare say, even respect—local identities, while simultaneously resisting the temptation to fall for allure of “folk” production. This paradigm shift also requires Western curators to rise above a patronizing mindset that “forgives” art that neglects Western standards (for instance non-Western artists who did not attend Western schools or exhibit in galleries in the West).

There has been increasing exchange between the West and other regions across the world in the past 25 years or so. Speaking generally, the interest in new artistic geographies started with South America, followed by Asia, and attention is currently centered on the Middle East. It seems increasingly clear that Africa is the next territory to be considered, inaugurating an “African trend,” if the proliferation of exhibitions (in both museums and as biennales), fairs, and other events is any evidence.

Africa is diverse—so diverse in its peoples, geographies, and politics that the philosopher Valentin-Yves Mudimbe goes so far as to suggest calling the very idea of it an invention. But one common characteristic among the African countries stands out: almost all of them had a colonial tie—with the West in general and with a European colonial power in particular.

I maintain that Western curators cannot address artistic practices in Africa without taking the colonial past into account. Regardless of the various visions, strategies, and opportunities of the institutions and exhibitions, they have all had to acknowledge in one way or another that the relationship between the West and Africa is historically colonial.

This circumstance generates multiple challenges, especially when the curator is from the West in general and from a former European colonial power in particular . . . as in my case. Therefore, I have tried to be extremely self-aware about the impact of postcolonial thought as I have undertaken my research on art from the African continent and the African diaspora.

Colonialism, the Portuguese Empire, and the “decolonization of memory”

Colonization consists of the conquest, maintenance, and even expansion of a territory by a people ethnically distinct from those who are indigenous. The European colonial era began in the 15th century, when countries such as Portugal, Spain, the United Kingdom, and France established colonies in the Americas, Africa, the Middle East, and Asia.

Colonialism is an expression of imperialism. Imperialism consists of an unequal human and territorial relationship and involves an extension of control by one state over another. The writer Edward Said elaborated on this definition, commenting that imperialism describes any system of domination and subordination organized with an imperial center and a periphery.

Lisbon, the capital of Portugal, was the original imperial capital of the modern colonial age. The Portuguese empire spanned almost six centuries, from the 1415 capture of Ceuta in Northern Africa to the 2002 grant of sovereignty to East Timor in Southeast Asia. It spread throughout a vast number of territories that are now part of 53 different states.

The “scramble for Africa” in the late 19th century—the process through which African territories were partitioned by European colonial powers—epitomizes the imperialist enterprise. During this period, Portugal expanded its outposts in Africa, and the Portuguese-ruled territories eventually included present-day Angola, Mozambique, and Guinea-Bissau on the mainland, and the archipelagos of Cape Verde and St Thomas and Prince.

In the wake of World War II, most European colonial powers began to withdraw from occupied territories in Asia and Africa, concluding the decolonization process that had started in the Americas in the early 19th century. The United Kingdom and France, for example, granted independence to several of their Asian and African colonies between the late 1940s and the early 1960s.

Portugal, however, did not follow these “winds of change,” as the politician Harold Macmillan put it in 1960. Its colonies in Africa became independent only in 1974–75 after wars between Portuguese armed forces and African national liberation movements. The territories occupied by Portugal in Africa were the last to be set free of European colonial imperialism.

The Portuguese colonial war, or the war of national liberation conducted by the Portuguese African colonies, was a conflict in the style of Marxist-inspired guerrilla warfare that only ended when a coup d’état that took place in Portugal in 1974 installed a democratic regime in the country. As the social scientist Gérard Chaliand claims, guerrilla warfare against European colonial powers was always a political success for the African national liberation movements, no matter what the result was in military terms.

To this day, many wars fought between European colonizing powers and their former African colonies remain traumatic for both parties, and their effects remain present in the collective unconscious even after the official political bonds have been broken. Speaking about the Algerian revolution, for instance, the philosopher Paul Ricoeur called for a “decolonization of memory.”

Ricouer felt that, although France had granted independence to Algeria, the mentalities of both countries remained mired in a colonial mindset. He advocated for France to recognize its imperialist politics in the region, and for more overt acknowledgment of the role Northern African immigrants played in the country’s post–World War II economic growth.

Ricoeur’s appeal would also make sense in the case of Portugal. Mainstream narratives about the Portuguese colonial empire reflect an overly benign vision of Portugal’s actions across times and locations. The supposed “culture” that Portugal and its former colonies in Africa and elsewhere “share”—of which the term “lusophone” is a symbol—is no more than a masquerade that attempts to rewrite history.

A good example is the infamous 1934 map of the Portuguese colonial empire, titled “Portugal is not a small country.” The Portuguese colonies appear over various European countries, thus showing the “greatness” of Portugal. Once a propaganda tool used by the Portuguese dictatorial regime of that period, this item still represents much of the contemporary imagination that informs the relationship between Portugal and its former African colonies. 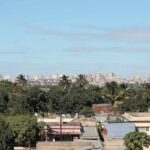