By kimberlycuratorsintl-org on December J 2015 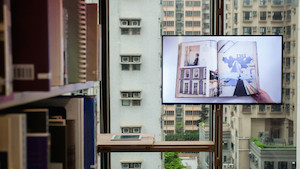 In the following conversation, İpek Ulusoy talks with Hammad Nasar, head of research and programs at Hong Kong’s Asia Art Archive (AAA). They discuss the dynamic role of archives in art history, exhibition making, and knowledge production around art from Asia. The interview was conducted at Asia Art Archive on November 18, 2015. Part 2 will appear on December 3, 2015. This post is part of an ongoing collaboration between Independent Curators International and The Exhibitionist to feature writing by participants of ICI’s Curatorial Intensives.

İpek Ulusoy (İU): Let’s start with Asia Art Archive’s most recent residents, the Berlin-based art collective Slavs and Tatars, whose interdisciplinary practice involves exhibitions, books, and lecture-performances. You have exhibited the collective’s artists’ books and reference materials, as well as artworks and other ephemera within the context of the program Free Parking: Art Libraries from Elsewhere. What are the ideas behind this?

Hammad Nasar (HN): There are several aspects to this project. First is the residency program itself, which we started several years ago. It’s not just about someone coming with a project in mind, spending time here, and delivering something; it’s much more open-ended. We’ve had both individuals and groups. In addition to Slavs and Tatars, there has been Raqs Media Collective and Young-Hae Chang Heavy Industries. There have also been academics, such as Iftikhar Dadi and Amelia Jones, and even a data visualizer, Jane Pong, who developed visualizations for exhibition catalogues we have in the library.

İU: These are accessible online?

HN: Yes. The reason for opening the residency program was not just to support artistic production and display, but for somebody to come in and intervene into what we’re doing, how we’re functioning and thinking—our collections, our ideas, and also the site of Hong Kong, which is where we are located. Walid Raad, for example, came for a week, and we then invited him to be one of the 15 artists along with other cultural practitioners taking part, and at times intervening within, 15 Invitations to reflect on our 15 years of existence. Walid will be contributing a project next year in the summer.

HN: Yes. For example, Iftikhar Dadi came for two months—one month as a scholar, where he sat in on meetings and we organized a workshop around him, and one month as an artist, which helped him produce a new body of work. Slavs and Tatars is an artist group that our public programs curator, Ingrid Chu, who initiated the Free Parking program, worked with for several years when she was based in New York. We were familiar with their work, although Central Asia or “Eurasia,” which is the group’s stated field of operation, had not yet been a point in our own field of operation. We were intrigued by their interest in Islam in China, and Sufi concepts being translated into Confucian ones. We are interested in general in ideas, and in comparisons and parameters, which are not “vertical” so to speak, but more horizontal—that look at points of comparison within Asia.

İU: I think the role of archives is also important, in terms of the writing of alternative, multilingual art and exhibition histories outside a hegemonic, linear narrative.

HN: It’s definitely important to ask “whose chronology?” Just like “whose maps?” in geography.

İU: You’re looking at the question of authorship and reference points.

HN: Yes, the reference points and the genealogies. It’s important to expand those genealogies. Slavs and Tatars, for example, contacted an academic based here at the Chinese University of Hong Kong who is working in this field. Part of our role is to facilitate these kinds of research. For us the Archive is not simply a collection of materials. We are of course building collections, but also tools, and communities that can then come and play with them.

İU: Can you discuss AAA’s origins and how the collection evolved over time? And also how the research, residencies, online presence, and public programs feed into building a dynamic and accessible archive? AAA is going beyond the old understanding of archives as static repositories of information.

İU: Questions like where to start and end, and how to define the archive’s mission.

HN: Right. How accepted are ideas of the modern and the contemporary? It changes from place to place, India to China. Even art fairs now have a “modern” section or a historic section. Even the market wants to be “smart.” What we’re really interested in is art—recent or contemporary—that is in critical conversation with its past. But of course we’re not the Getty or a national archive. We don’t have the resources to accumulate and keep on accumulating. We think of ourselves instead as one node within a wider network, and we want to involve other collections and initiatives.

İU: In that sense, you seem to play a significant role in community and audience building.

HN: We would like to think so. But of course this is not the audience of five million people who visit Tate’s Turbine Hall.

İU: Who is your audience, then?

HN: To start with, we have to recognize that we are several things, including an international organization based in Hong Kong. Our reality is here. By definition the audience here will be different from those that engage with us in Beirut, Myanmar, Delhi, or Lahore. I think we simultaneously have to be sensitive to different contexts, and to develop new strategies and different modes of address for them. In Hong Kong, our head of learning and participation, Susanna Chung, developed a great program with secondary schools, teachers, and young people going to universities. When organizations elsewhere produce exhibitions of Chinese art, we hope that the material our programs are generating may be useful for educators in different parts of the world.

I’d like to think of us as a stool with three legs. The first is the physical library and archive; second, the digital collection, where we’re digitizing primary materials and making them accessible online; and third, our ongoing research and programs. We circulate our archive elsewhere, but also invite people in, to ask questions of us. For example, when the art historian Amelia Jones came here, she led a workshop that led us to ask questions of our archiving performance art in the region. So the Archive—either physical or digital—is not static. For us, archive is a verb—and it’s not just about what we do but also what we enable others to do. We act as catalysts.

Currently based in Dubai, UAE, İpek Ulusoy is an independent curator and writer from Istanbul, Turkey. İpek is also Managing Editor of ArteEast Quarterly, an online publication that offers insight into critical artistic practices, cultural work and regional ventures from MENA and beyond. 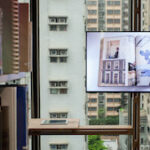