By misacuratorsintl-org on February J 2012 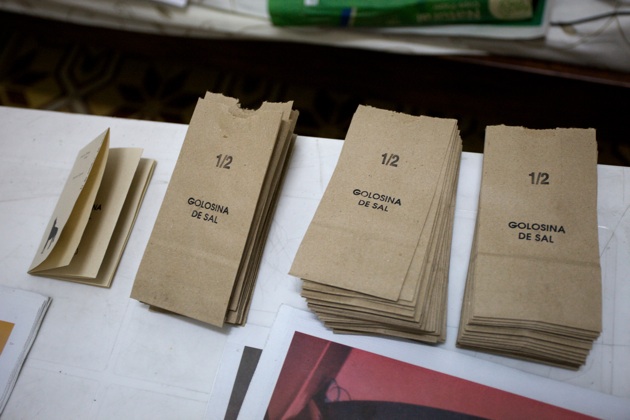 Proyecto Coyote: Rethinking the Local Through the Model of the Biennial, From Tijuana to Medellín to Tijuana

The ghost of cultural tourism appears in many of the processes generated by biennials in far-off locations. A sense of exaggerated nativism through the idealization of place, and misunderstanding of homegrown processes, are constant risks that befall visiting artists and curators, while self-exoticized “locals” frequently attempt to exemplify some type of essential and coherent identity. Always present is the impossibility of authentically observing, experiencing, and representing a specific context, even when the methods and systems used to capture that experience may be firmly objective, or even empirical. These observations were central preoccupations when renowned Tijuana artist, Marcos Ramírez ERRE, asked me to generate a project to represent his independent space Estación Tijuana in the Encuentro Internacional de Medellín MDE11: Enseñar y aprender. Lugares del conocimiento en el arte (MDE11: Teaching and Learning. Sites of Knowledge Through Art) —a multi-venue art biennial “not biennial” in Medellín, Colombia, then preparing its second edition.

MDE11, curated by Nuria Enguita, Evan Grinstein, Bill Kelley Jr. and Conrado Uribe, took place from September to December 2011 throughout Medellín. The biennial positioned pedagogy itself as a curatorial axis and active space of aesthetic and cultural production in order to redefine the ways in which such projects are invested and embedded in the various communities that constitute their main audiences and participants. One of the Encuentro’s programs was Espacios Anfitriones (Host Spaces)—a platform that involved five independent residency spaces in Medellín in order to co-produce the residencies of ten invited independent spaces throughout Latin America, and elsewhere, for the biennial. Estación Tijuana’s residency was hosted by the generous and tireless Taller 7, situated in downtown Medellín, and was organized with the aid of the art salon and “cultural search engine” haundeschildGARAGE—located in the elegant enclave of La Jolla, California—thereby stretching the coordinates of this unique collaboration between distant sites and spaces.

Proyecto Coyote (Coyote Project), as our proposal is titled, took MDE11’s focus on education as point of departure, with a special emphasis on Paulo Freire’s fluid and cyclic relationship between teacher and student, as quoted in the Encuentro’s curatorial statement:

“…teaching does not occur without learning, and by that I mean that the act of teaching requires someone who teaches and someone who learns. To teach and to learn function in such a way that, on the one hand, the person who teaches also learns since he or she recognizes knowledge acquired before and, on the other, by observing the curiosity with which the student works towards learning, the educator discovers questions, accomplishments and errors about what they are teaching.”1

With this defining statement in mind, we transformed Taller 7 into the studio of Estación Tijuana in order to “learn from Medellín”—to paraphrase the Venturi’s celebrated title Learning from Las Vegas. We proposed to learn from its processes of civic regeneration through art and cultural activism in response to the social and physical decomposition caused by “narco” violence in Medellín, especially during the decades of the 1980s and 1990s. This was an important reformulation of our task as invited artists, or more accurately, as an invited independent space, since Estación Tijuana does not currently have a physical space. Estación Tijuana is identified with a collective of artists, poets, writers, social workers and citizens from Tijuana that share a vital interest in generating dialogue and forms of being in community outside the limits circumscribed by violence, state politics, and the brutal Capitalism imposed on the border between Mexico and the United States since the 1970s.

Since 2006, Tijuana, like other cities in the north of Mexico, has been severely affected by drug trafficking and President Calderón’s war against the drug cartels, as well as by decades of economic policies that have generated significant schisms in the social contract. Proyecto Coyote started with establishing a historic parallelism between Tijuana and Medellín, proposing that during the last 6 years Tijuana finds a mirror in another place and moment: Medellín during the 1980s and 1990s when drug trafficking, repressive politics, and civic crisis eroded the social and governmental structures that weave the fabric of a place together.

Nevertheless, during the last decade Medellín has developed other forms of civility and urbanism that are examples of progressive politics through the world.2 Given the city’s unquestionable improvements and gains through education and culture, urban redevelopment, and social inclusivity, it was important for us to learn first-hand what these changes meant both to people on the street as well as the community of cultural practitioners—from architects and urbanists to documentarians and artists—who have so actively participated in this transformation. What new narratives were being created out of the trauma of past violence? Was it possible that a new social contract is being written in that Colombian city beyond a sophisticated, media-savvy image of gentrified urban development?

While defining the curatorial aim of Proyecto Coyote, I was aware of the pitfalls of attempting to experience “the other” to generate an art project for a distant and then unknown audience; I was also weary of packaging our own exaggerated identity in Tijuana as a dramatic border town and “experiment in postmodernity”—as noted anthropologist Nestor García Canclini has described—to present Tijuanense contemporary art for the consumption of those foreign others. Therefore, I proposed the intensification of the residency format, rather than an exhibition. Instead of hosting one or two cultural producers who brought the art of the Mexico-United States border to Colombia, our residency was for a much larger number of visitors and pushed the format of the Espacios Anfitriones platform well beyond its original intention. As a result, thirteen cultural practitioners from Tijuana who work in art, architecture, urbanism, cultural activism, poetry, literature, video documentary and pedagogy, resided in Medellín from October 6-27, 2011, and engaged with that city’s artists and architects, documentarians, activists, arts administrators, sociologists and anthropologists, as well as government officials, students and teachers.

Estación Tijuana is a “coyote”—a smuggler—that took Tijuanenses to Medellín generating a dynamic of dissemination of knowledge that is cellular and rhizomatic and that reversed the flow of information expected from North to South, to a South to North direction. Estación Tijuana travelled to Medellín to learn from its urban processes; to learn from the position and agency granted its citizens and their possibilities of participating in the creation of the city; from its ways of thinking art, architecture and urbanism as part of a project of endogenous citizenship. It also travelled to Medellín looking towards alternative opinions and critical practices from both official and unofficial sectors.

Proyecto Coyote invited Iván Díaz-Robledo, Adriana Trujillo, Giacomo Castagnola, Luis Garzón Masabó, Socorro Gonzalez, Ingrid Hernández, Fiamma Montezemolo, Omar Pimienta, Gabriela Posada, Rafa Saavedra, Gabriel Torres Olivares, Carmen Romo and Felipe Zúñiga. Their individual approaches to site, to locality, to collaboration and to research were negotiated through learning and hospitality. Each had intimate encounters and personal connections and created multiple and voracious links and associations with people in their fields, learning languages and methodologies, and more widely establishing the possibility of a non-hierarchal relationship to site and community. This, in part, led to personal and intuitive communication exchanges that turned on their head the usual dynamics engendered by biennial models and by the figure—part flâneur part anthropologist—of the itinerant artist.

Central to this process was the purposeful rethinking of the role of visiting artist versus local audience, which usually conforms to models of research where the local populations—their social, geographic, and political contexts—are positioned as subject of investigation, and the objects of a researcher who studies in order to then teach those local others something about their context. Our project proposed to flip that relationship by positioning the visiting artist as a student—there to learn from the context rather than investigate it and then define or redefine it.

Proyecto Coyote exchanges the idea of an alternative art space as site of presentation of works of art, and focuses instead in parallel communities that prioritize learning by teaching and by teaching learning, as Freire notes. Together with Taller 7 and the Museo de Antioquia that organized MDE11, we created an intensive and constant program of collaborations, conversations, shared meals and studio visits that were led by professionals that have been working in Medellín in social regeneration through art, architecture and activism. From Medellín, Estación Tijuana learned about the position and agency granted its citizens and their possibilities of participating in the creation of the city; about its ways of thinking art, architecture and urbanism as part of a project of endogenous citizenship; it also learned from about alternative opinions and critical practices from both official and unofficial sectors.

Larger than the sum of its parts and more complex and contested than the image of itself—either past and present—Medellín, and the elusive possibility of change it promises, led to thirteen projects that question assumptions about the local versus the global or foreign; about violence, memory and representation; about urbanism and gentrification; and finally about political agency through art and activism. The outcomes of these processes will be presented over the next two months as this DISPATCH is updated and expanded.

Footnotes:
1. Freire, Paulo, Cartas a quien pretende enseñar, 1992, p. 28. As quoted in the MDE11 curatorial statement in http://www.slideshare.net/museodeantioquia/encuentro-internacional-de-medelln-mde11 Translation by the author.
2. For a web-based article on Medellín’s new social urbanism see Ángela Sánchez, “Social Urbanism: the Metamorphosis of Medellín,” in http://www.barcelonametropolis.cat/en/page.asp?id=21&ui=331&prevNode=33&tagId=23 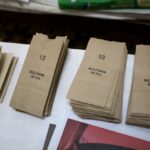