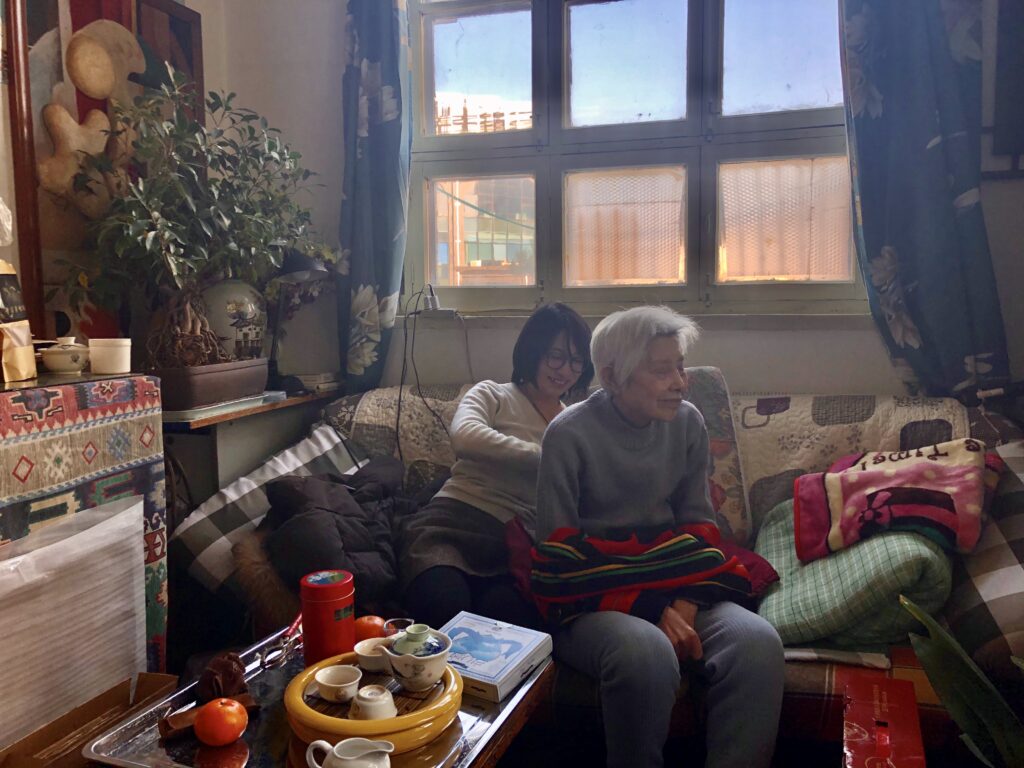 On December 21, 2019, an exhibition that I curated was on view at Beijing Inside-Out Art Museum, which was entitled “Community of Feeling: Emotional Patterns in Art in Post-1949 China”. The exhibition set out to investigate the role that emotion, and its production, played in artistic creation as well as the artistic discourse that circulated during the socialist and post-socialist periods. It never occurred to me that a virus named Covid-19 was spreading across Wuhan right then. All of us were then forced to become part of a temporary community of feeling, and were consequently subject to the manoeuvre that state politics and lies imposed upon our everyday life.

All took place in the midst of tension between the spontaneous emotions and those that were forced upon us, and that between these emotions and the urge to act. As for me, I have been staying in my flat for 80 days straight given the semi-mandatory quarantine regulations, and have cut down on my social interactions to only those that are absolutely necessary. I gathered information about the pandemic from the Chinese SNS providers including Wechat and Weibo: on these platforms, one finds a whole spectrum of information ranging from officially-endorsed information issued by the state to voices of small businesses (even random diners) and social institutions, and to personal blogs produced by innumerable self-published and nameless individuals like me. Apart from this, I have also been reading western media and Facebook which I can accessed using a VPN service, though that the connection can get wobbly at times. Despite the existence of a handful of reporters upholding the spirit of independent journalism, the official media have been known for fabricating lies. On the one hand, there are enthusiastic public mobilization, adroitly used by the party, as it had been throughout the last century, for propaganda of governmental actions combating the pandemic. On the other hand, there is cover-up of facts and of the truth.

Indeed, even after the reform and opening-up policy of the late 1970s, the party still possesses the power to parcel out every bit of truth, which forces every one of us discontented with the reality to be a “dissident”, despite the rather intense political and less intellectual implications of the word. In the eyes of a legion of nationalists, we also become the pathetic “worshippers of the West”.

On February 6, 2020, Dr. Li Wenliang, the whistle-blower of the pandemic, died because of the virus. I, along with tens of millions of Chinese people, was enraged, and expressed my anger on the internet. The reactions to the event, which can be understood as an online mass movement, bear certain resemblance to the April Fifth Movement in 1976 as well as to the commemoration of Zhang Zhixin in 1975, a female dissident executed in prison for criticizing Mao’s extreme leftist policies. By way of mourning Li online, people expressed their indignation at the initial cover-up of the pandemic, which led to the doctor’s death. (I have to concede, though, that I also detected a grain of performance in some of the mourning gestures I witnessed online.) I then realized that by participating in the mourning, I was truly living a historical moment, though the history which we were supposed to relive—the student movement in 1989 which braided radicalism with somewhat puerile appeals—were not truly far away. Li and all others who lost their lives to the cover-up, all those who died in despair from the corruption and impotence of the state, have forced me look squarely at the fact that my country is still some distance from the ideal of civilisation that I have cherished. I also had to stay awake to the fact that the peaceful life to which I am entitled today may simply be a figment, or an evanescent bubble.

That aside, when all the rage and sadness slowly died down, I then began to be plagued by a deep sense of uncertainty as if I were rambling amidst a massive wasteland deep in the mountains, not knowing where to go. All these emotions and feelings, though real, seemed inconvenient to a degree, as it would be difficult to fit them within the current system and the accepted discursive field. If the demand for truth is bound to have something to do with the political institution, then in what ways can I forge my own connection to the state as an individual? I am aware that such questions can sound hopelessly outdated and not contemporary enough, yet I still feel the need to ask: if I have long been used to an absolute individuality, and am aware that such individuality relies much more than the contempt of—and resistance against—the censorship that has become increasingly stringent where exhibitions, writings and all cultural activities are concerned, then, what other ground can I shore up against my individuality?

Or, if we pursue it further, can these emotions be effectively turned into thoughts and into action? Or is it that we think too much to still remember how to act and to change?

In the context of the pandemic, keen discussions on the relationship between art and reality have taken place within the art industry in China, where capital and the market predominate and suffer. Reality—along with the realist discursive framework which comes as a bundle—has always assumed a phantom-like existence in China: they epitomize a whole set of concepts, discourse and a particular way of artistic expression that has held sway since 1949, and keep haunting us art practitioners who profess to work in a globalized, dehistoricized manner. We have attempted to superannuate realism with the American leftist theories, European critical thoughts as well as our own renewed self-imagination based on our piecemeal knowledge on Asia and the Global South. We are never ready to admit our reliance upon this realist framework that in our opinion should have long ceased to exist. As a result, we have also scorned the historical continuity that can bridge all intellectual resources and possibilities generated within or outside of this framework, mainstream or unorthodox. In China, the anxiety has always existed for art to justify and locate itself in a set of coordinates alternative to this historical framework. The elusiveness of—or the failure to capture—such an alternative framework is also what makes our emotional reactions to the pandemic so inconvenient, and so painfully visible in the face of the disaster.

Footnote:
1) Image Caption: My partner was massaging her grannie in her hometown Yantai, Shandong Province. We were there for a short time, just before the Coronavirus outbreak was 'officially' announced. It was pretty 'lucky' for us to take this trip, since we were not aware of the epidemic thus no protection at all on the way, and we had to stay home after the trip and the public traffic and transportation was about to shut down. PS: the modernist painting on the top left corner was made by my partner's uncle in the 1980s, when Chinese intellectuals and artists were eagerly opening themselves up to the world under a relatively relaxed cultural policy.  The uncle is neither a successful artist, nor a beneficiary of the economic growth since the 1980s . For him, it has always been a problem to find a right balance between his self-cognition and the radically changing social circumstances nation-wide. 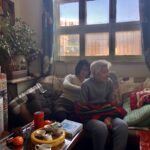