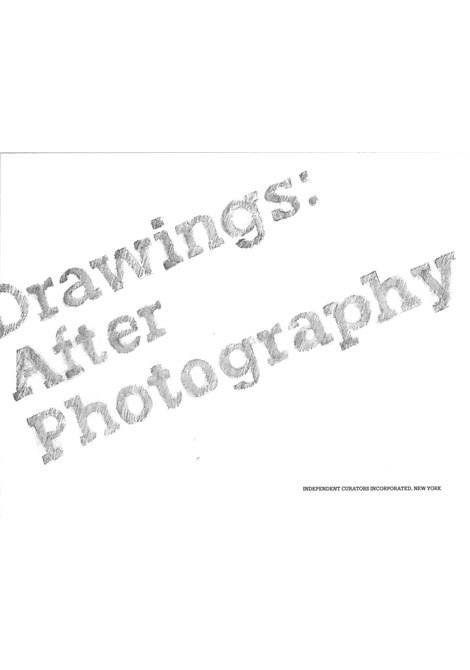 Unlike the bourgeois of the avant-garde, postmodernism is founded not on opposition but on recognition of contradiction rather than utopian resolution, on awarenes of the severe disjunctures between culture and society, between what we know and what we accept as reality. What we have experienced is a transfer of culture to alternative sites-places we cannot imagine even though they are constantly represented; they are in our world picture but only as flashes of memory after photography.

The history of drawing over the last century has been tumultuous. At times considered mere scribbles or doodles, the equivalent of the rough notes one takes before writing a polished essay, and other times considered works of fine art, on par with massive paintings and sculptures. Picasso’s sketchbook, something he did not consider displaying as fine art, is now regularly exhibited at museums.

Since the rise in popularity of photography, though, drawing went to the way side. Artists, businesses, and scientists alike began to prefer the exactness and supposed objectivity of a photograph. In Drawings: After Photography, William Olander chronicles the path of drawing in contemporary art and explicates its current rise in significance in the 1980s in this revealing and illuminating book.