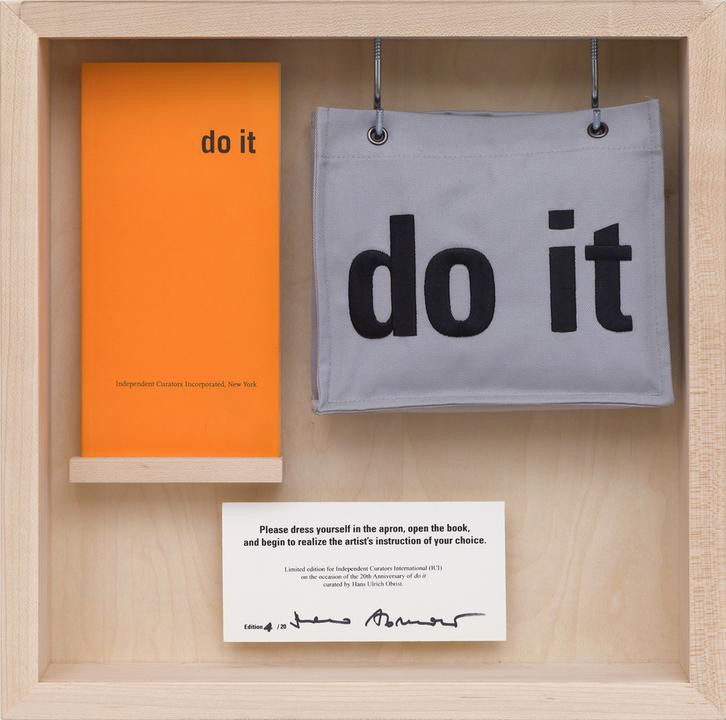 Marina Abramović created the work Spirit Cooking in 1997, this provocative and enticing recipe was then included do it (museum), 1997 published by ICI and curated by Hans Ulrich Obrist. Abramović’s 2012 ICI Limited Edition art work consists of the impossibly hard to find 1997 do It catalogue, as well as a custom created apron and a placard which reads: Please dress yourself in the apron, open the book, and begin to realize the artist’s instruction of your choice. Abramović’s new and vibrant interpretation of the original work invites the viewer to engage in the dynamic and performative artistic act which Abramović is widely known for.

Marina Abramović was born in 1946 in Yugoslavia. In 2010, Abramović was the subject of a major retrospective at the Museum of Modern Art, which traveled to the Garage Center for Contemporary Culture in Russia. She was also the subject of visionary director Robert Wilson’s, The Life and Death of Marina Abramović, the critically acclaimed re-imagination of Abramović‘s biography. The feature length documentary, Marina Abramović: The Artist is Present, premiered in January 2012 at the Sundance Film Festival.