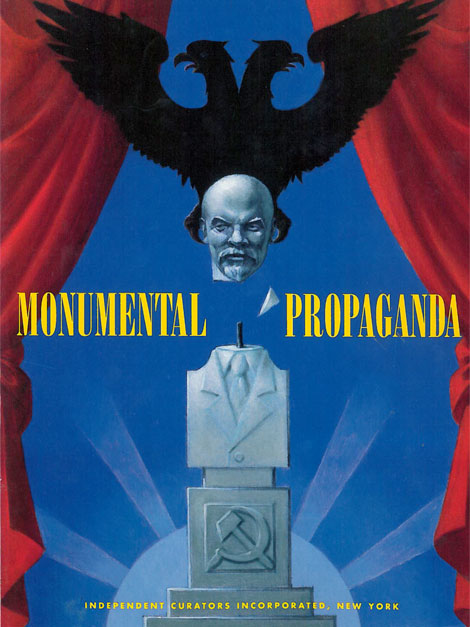 In 1992, the tandem team of Russian-born American conceptualist artists, Komar & Melamid, began developing the exhibition known as Monumental Propaganda in partnership with ICI. First exhibited in 1993 at The Institute of Contemporary Art in Moscow, this famed exhibition was created in response to the destruction of historic Socialist Realist monuments in Russia. Widely popular, the show included more than 200 artists who created site-specific proposals for the preservation of these monuments of Russia’s political history. Prolific press coverage of this project prevented the destruction of the monuments in Russia while also highlighting the very real possibilities for “post-totalitarian” pubic art to exist in Moscow. The exhibition catalogue for this historically rich project showcases many of the shows key works realized by a number of artists who are being actively discussed today, such as: Carl Andre, Arman, Ericson & Ziegler, Joseph Kosuth, IRWIN, Komar & Melamid, and Mark Tansey.