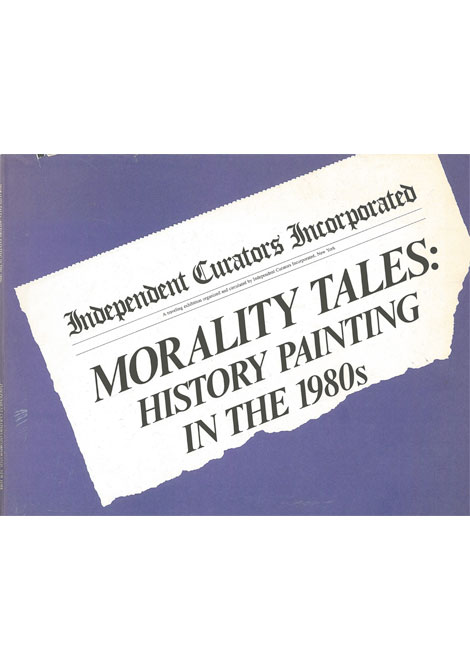 For artists of previous epochs, it was much easier to fall back on the canon of stories of divine intervention and mercy that provide suitable comment upon almost any turmoil or torment. The artist of the present moment has no such repository of sure images to which he can turn, no breviary in which he will find all the answers, no emblem book to provide him with a potent iconography. It must all be created anew.

In the 17th century, istoria, or history painting, was once a medium to impart historical information as well as moral truths. The paintings were used to teach the viewer how one ought to act using examples of past events.

During the 18th and 19th centuries, however, owning works of istoria became a symbol of social status and the purveyors of the art were now expected to follow certain formal and content guidelines. The once rich discipline, full of complexity and variety, had been homogenized.

Facing the AIDS crisis in the ‘80s, Thomas W. Sokolowski and other curators and artists revived the art of history painting. Unsatisfied with the general reaction to AIDS by the government and media prompted a resurgence in painting as historical and moral record. In a sense, the paintings showed what happened and how one should act in the future. It is a complicated discipline, not just because the subject matter is extremely personal, but because it challenges commonly held beliefs about the nature of history itself. The works in Morality Tales, are intensely political and moral and depict powerful, unsettling images. For anyone interested in the AIDS crisis or political, moral art, this book is a must-have.