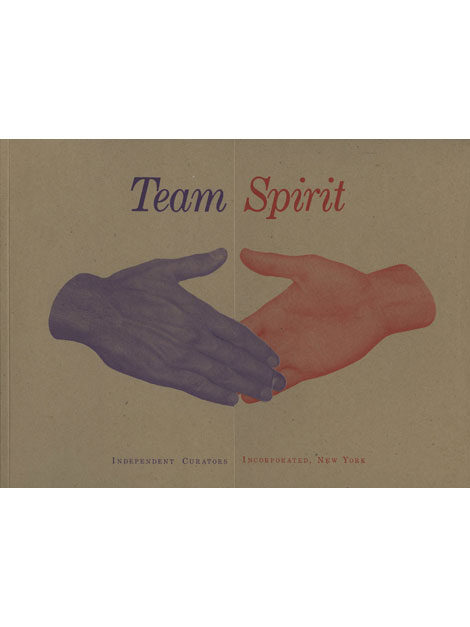 Though we can view the history of Modern Art in terms of the progression of small groups experimenting with new theories of art, the works of art themselves tend to be viewed as authored by a single individual. Individual artists, such as Picasso, Dali, and Duchamp have risen to the point that their names are ubiquitous while their respective groups remain in the esoteric depths of Art History.  In the 1960s, a new emphasis on true collaboration was born, for which, the individuals as pairs or groups have had no sustainable career outside the collective context. The works in Team Spirit challenge the concepts of authorship and genius and represent a time during which, Arthur C. Danto claims, …all conceptual and institutional aspects of the practice of art, the meaning of ‘art’, and the nature of the artist are being rethought-this means we are coming to the end of one history and have entered, tentatively, upon another. The existence of active collaborations, rather than the collaboration being something merely dreamed of, is evidence of a new attitude and perhaps a new age. Projects included IRWIN, General Idea, Tim Rollins + K.O.S., and Art & Language, in addition to more object-oriented artist deleted ‘s’ duos such as Bernd & Hilla Becher, Fischli and Weiss, and Doug and Mike Starn.