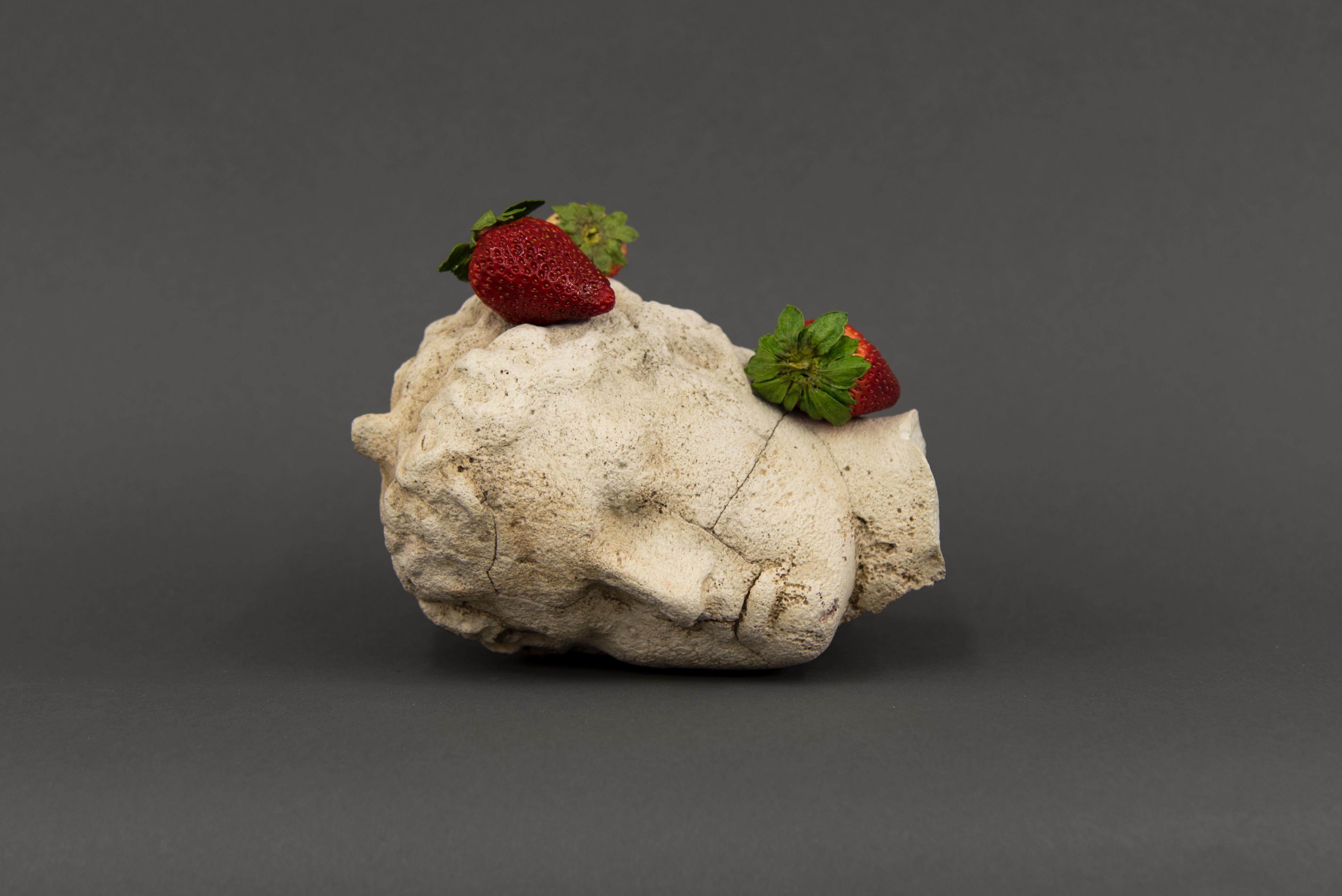 Tony Matelli’s practice probes the nature of expectation through the power of visual experience. Known for his hyperrealist sculptures, Matelli’s work and hyperrealistic sculptures are shaped by internal desires and external forces.

Developed out of his recent Garden series and related to his project for ICI’s 2016 Leo Award, Matelli’s limited edition for ICI features an aged outdoor statue, crowned by a triad of perfectly ripe strawberries. Nothing is quite what it seems in this pairing, where the head is made of high-production, aged cast concrete and the fruit is meticulously painted cast bronze.

Through this juxtaposition, Matelli offers mortality manufactured out of a keen mastery of materials.  The combined effect is one of the simultaneous arrest and acceleration of time, a weathered memento mori for the modern era.

Tony Matelli lives and works in New York, NY.  He graduated with a BFA from the Milawaukee Institute of Art & Design, WI and an MFA from the Cranbrook Academy of Art, MI.  Recent group shows include Wanderlust on The High Line, New York; Summer School at the Flag Art Foundation, New York; and Realisms at The State Hermitage Museum, St. Petersburg, Russian Federation.  He has had international solo shows at institutions such as Bergen Kunstmuseum, Bergen, Norway; Palais de Toyko, Paris; and White Flag Projects, Saint Louis, Missouri.