Recipient of the 2013 ICI/French Institute Fellowship 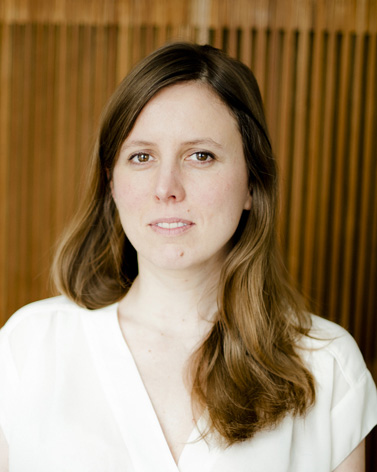 ICI, l’Institut français in Paris, and the Cultural Services of the French Embassy in New York are pleased to announce that Fanny Gonella has been selected as the second ICI/French Institute Fellow. The fellowship program offers a French curator a new opportunity for international research and the development of professional networks. The program spans over a period of six months and includes two visits to the U.S., where the Fellow will use ICI as a base.

Fanny Gonella, a Bonn-based curator, will research the artistic legacy of Robert Morris, focusing on the critical discourse his work generated around 1970s notions of queer identity, social constructs, and stereotypes. Gonella will use Morris’s 1974 self-portrait as a starting point to investigate historical and current gender issues, and plans to conduct a series of interviews with artists who worked directly with Morris, and with contemporary artists whose work continues his legacy. Further information on Gonella’s research and details on related events will be available on ICI’s website this winter 2013.

About the Fellow
Fanny Gonella is curator at the Bonner Kunstverein. After completing her studies at the Ecole du Louvre, she received a degree in art history at the Sorbonne, Paris. While working at neugerriemschneider gallery in Berlin, she founded the independent project space Korridor (2005-06). She then worked as a curator for the artprize Blauorange 2007 and was awarded the curatorial residency program *Kurator 2008/09 in Switzerland. As an independent curator, she has worked on numerous projects and exhibitions in Vienna, Copenhagen, Paris, and Berlin. Recently, she co-curated, with Burkhard Meltzer, an online streaming program, Keys to our Heart (2012), and was a selecting curator for the Furla Art Prize 2013. For the Bonner Kunstverein, Gonella has curated solo exhibitions on Luca Frei, Ed Atkins, Anna Virnich, and will open the first institutional exhibition of Timur Si-Qin in fall 2013.