Recipient of the 2014 ICI/French Institute Fellowship 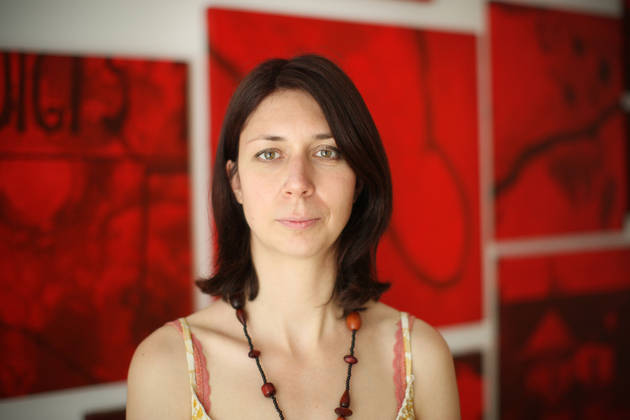 ICI, l’Institut français in Paris, and the Cultural Services of the French Embassy in New York are pleased to announce that Nataša Petrešin-Bachelez has been selected as the third ICI/French Institute Fellow. The fellowship program offers a French curator a new opportunity for international research and the development of professional networks. The program spans over a period of six months and includes two visits to the U.S., where the Fellow will use ICI as a base.

Nataša Petrešin-Bachelez’s research will focus on cooperative practices in curating and on common urgencies, solidarities, empathy and antagonisms of dynamic networks, including cooperatively-run spaces, advocacy groups, and artist activist groups. Taking L’Internationale, a consortium of European art institutions, as a starting point for this research, she will explore the possibilities of participation in the global exchange of ideas from any given space. Petrešin-Bachelez’s research and details on related events will be available on ICI’s website.

About the Fellow
Nataša Petrešin-Bachelez is an art critic and independent curator based in Paris, France. She is currently managing editor of the online platform of the European museum confederation L’Internationale, comprised of Moderna Galerija, Ljubljana; Museo Nacional Centro de Arte Reina Sofía, Madrid; Museu d’Art Contemporani de Barcelona, Barcelona; Museum van Hedendaagse Kunst Antwerpen, Antwerp; SALT (Istanbul and Ankara); and Van Abbemuseum, Eindhoven. The online platform is hosted by KASK/School of Arts in Ghent. In 2010 she was appointed co-director of the Laboratoires d’Aubervilliers. Since 2006 she has co-organized the seminar “Something You Should Know,” EHESS, Paris, France. In 2010 she was associate curator of The Promises of the Past, Centre Pompidou, Paris, and guest curator of Paris Photo. Curatorial projects include: Tales of Empathy, Jeu de Paume, Paris (2014), Yona Friedman. Around Ville spatiale, Mala galerija, Ljubljana (2010); Conspire! Festival transmediale 08, Haus der Kulturen der Welt, Berlin, Germany (2008); Distorted Fabric, De Appel, Amsterdam, The Netherlands (2007); Participation: Nuisance or Necessity?, lASPIS, Stockholm, Sweden (2005); Our House is a House that Moves, Galerija Škuc, Ljubljana, Living Art Museum, Reykjavik, Iceland (2003). She was co-curator of the project Société Anonyme, Le Plateau and Kadist Art Foundation, Paris (2007). She has contributed to magazines including e-flux journal, Springerin, Parkett, Bidoun, and Sarai Reader, and is a member of the editorial board of ARTMargins. Since 2011 Petrešin-Bachelez has been chief editor of Manifesta Journal.

UPDATE: MAY 2015
Nataša Petrešin-Bachelez has published a text, as an outcome of her research for the ICI/French Institute Fellowship. The full text is available HERE.