Recipient of the 2015 ICI/French Institute Fellowship 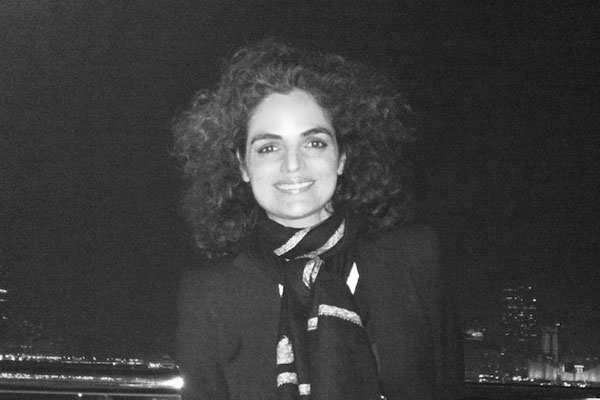 Mouna Mekouar, a curator and art critic who has held curatorial positions at the Centre Pompidou-Metz, Metz, and the Palais de Tokyo, Paris, is the fourth ICI/French Institute Fellow. The fellowship program offers a French curator an opportunity for international research and the development of professional networks over a period of six months, which includes two visits to the U.S. or across ICI’s international network.

Mouna Mekouar’s research explores new potentialities for spaces and scales of art, using French theorist André Malraux’s concept of the Museum Without Walls as a starting point. Through studio visits and artist interviews, she plans to investigate the use of image collections and archives in artists’ practices, re-envisioning Malraux’s concepts. She is interested in understanding and revealing the consequences of this concept on artists’ works, curatorial practices, and encyclopedic museums. Mekouar’s research and details on related events will be available on ICI’s website.

About the Fellow
Mouna Mekouar is an art critic and independent curator based in Paris, France. She was associate curator of Simple Shapes at Centre Pompidou-Metz (2014). From 2012 to 2014, she was curator at Palais de Tokyo, Paris. She was co-curator of the exhibition Philippe Parreno Anywhere, Anywhere Out of the World in 2013 at Palais de Tokyo. In 2010, she was associate curator of Chefs-d’oeuvre ? (Masterpieces ?), the inaugural exhibition of Centre Pompidou-Metz. She also undertook a number of curatorial assignments for various cultural institutions in France, such as Musée du Quai Branly for the Biennale of Images of the World (2009 and 2011); Jeu de Paume for the exhibition Roger Parry at Hôtel de Sully. She has numerous published essays and has contributed to journals such as Art Press, Revue de l’art, Études photographiques, Images re-vues and Patrimoines.