Recipients of the 2012 Research Awards for Curatorial Intensive Alumni 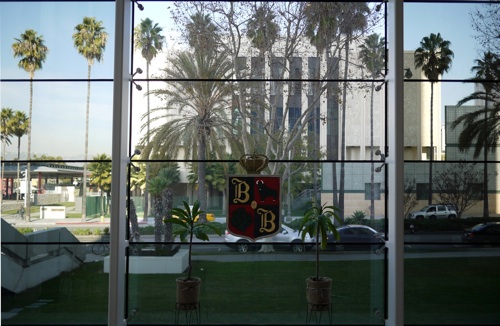 In 2012, ICI partnered with SAHA and the Dedalus Foundation to offer awards for Curatorial Intensive Alumni in order to encourage the development of collaborative projects and a stronger network for exchange among alumni. The awards help facilitate curatorial research projects proposed by 2 alumni working together. The research must have a public component and awardees will post intermittent updates on their project on ICI’s online research platform.

SAHA RESEARCH AWARD
The first award is a collaboration between SAHA and ICI offering $3,000. The requirements to qualify for the SAHA Research Award for Curatorial Intensive Alumni are that the project involves a Turkish curator or artist, or that research will take place in Turkey.

Övül Durmuşoğlu and Mari Spirito have been awarded the SAHA Research Award with the project Ancient Works / Asar-ı Atika, a one week research project at The Museum of Anatolian Civilizations, Ankara, Turkey with artists Akram Zaatari, Nilbar Güres, and Rossella Biscotti. This archeological museum is one of the first institutions founded by the Turkish Republic,1920, as an attempt to historicize this new nation in relationship with its ancestors. Unusually, the area and cultures addressed by The Museum of Anatolian Civilizations reaches wide into the region. The Turkish term “Asar-ı Atika” translates as Ancient Works and refers to the objects as art works and is also the name of a law aimed at protecting museums and ancient sites. This research seeks investigate the origins and resulting effects of these concepts, as well as the mediation of cultural bureaucracy by governing bodies. The artists and curators will work with the archive of texts, images, architecture, display design and objects. Each artist will work towards an individual proposal for a possible intervention of their own work in this or other archeological settings. The work will result in a public discussion about the proposals in Ankara, Istanbul and New York – as well as shared research posted on ICI’s website.

ABOUT THE AWARDEES
Övül Durmusoglu is a curator and writer based in Berlin and Istanbul. As a Goethe Institute Fellow at Maybe Education and Public Programs for dOCUMENTA(13), she organized the programs, What is Thinking? Or a Taste That Hates Itself; Readers Circle: 100 Notes – 100 Thoughts; and Paper Mornings: Book Presentations at dOCUMENTA(13). Durmusoglu has contributed to different catalogues, publications, and magazines such as Frieze d/e, Flash Art International, and ment. Durmusoglu currently works as the curator of the festival, Sofia Contemporary 2013.

Mari Spirito is the Founding Director of Protocinema, a transnational experiment making nomadic exhibitions in New York and Istanbul, and a nonprofit with a hands-on Education Program. Protocinema recently presented 121st Night, an event with Dominique Gonzalez-Foerster and Tristan Bera in Istanbul; early work by Gerard Byrne in a former Chinese deli in New York; and new work by Ahmet Ögüt in New York in partnership with Itinerant. Prior to Protocinema, Spirito was Director of 303 Gallery, New York for 12 years, where she worked on large-scale, site-specific works by Mike Nelson and Doug Aitken. Spirito is on the boards of Participant Inc., New York; New Art Dealers Alliance, New York; and Collectorspace, Istanbul.

DEDALUS RESEARCH AWARD
The second award is a collaboration between the Dedalus Foundation and ICI offering $4,000. The requirements to qualify for the Dedalus Foundation Research Award for Curatorial Intensive Alumni are that the project involves a U.S. curator or artist, or that research will take place in the United States.

The winners of the 2012 Dedalus Foundation Research Award are Maja Ćirić and David Ayala Alfonso, who both participated in the Curatorial Intensive in New York in Fall 2010. Inspired by Robert Motherwell’s practice that conquered unclaimed territories in the arts, this research proposal aims towards examining post-conceptual exhibition practices in the United States. The research will involve examining key exhibition histories and examples of post-conceptual curating; cross-referencing historical interviews, curatorial statements, and interpretive materials; archiving the findings in a digital database; and producing a scholarly article and curated booklet. We chose this proposal because of its conceptually rich ideas into new territory and because of the unique collaborative relationship between Alfonso and Ćirić. They come from diverse backgrounds, Colombian and Serbian, respectively, and maintain a fruitful and sustained conversation on curatorial practice from across the world.

ABOUT THE AWARDEES
David Ayala Alfonso is a Colombian curator, artist, and researcher. He works as Editor in Chief for em_rgencia, a peer-reviewed journal on contemporary art. His practice is focused on examining social movements, public policies, education, and media consumption through the lens of arts and visual culture. Ayala Alfonso has published writings on Colombian art history, arts education, independent spaces, performance, and artistic interventions in the public realm. He is also an occasional writer and translator for different academic publications. As part of Group 0,29, he has produced various performances and intervention projects in Colombia and Latin America. Recently, he has been awarded the annual Arts Publishing Prize from the cultural office of the City of Bogota and the Fulbright Grant for Colombian Artists to pursue graduate studies in the United States in 2013.

Maja Ćirić is an independent curator and art critic. She is a citizen of both Belgrade, Serbia and transnationalrepublic.org. She has worked in Belgrade, New York, Vienna, San Diego, Dubai, and Shanghai. She says that her logic of practice cannot be defined by the dominant geopolitical structures and their impact on the art world; rather she tries to think about the art world differently, in terms of criticality and post-globalism. She is a recipient of the Lazar Trifunovic Award for Art Criticism (Belgrade), the CEC ArtsLink Independent Projects Award (New York), and the ISCP Curator Award (New York). Her areas of research span from curating as institutional critique through to the research of methodology and epistemology of curating, with special emphasis on the transnational circulation of ideas and curating.