Highlights from the Annual Benefit & Auction 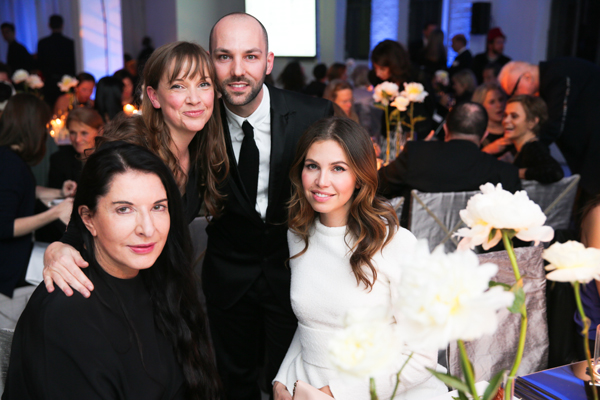 Agnes Gund, Christo | Photography Madison McGaw/BFANYC.com Usually, a room full of curators means they are celebrating something else—a museum gala, an artist, an opening. But last night at the annual Independent Curators International Benefit & Auction, held to support the 38-year old organization, it was all about the people who bring the art, the […]

“Getting Artsy for Miuccia Prada and Germano Celant” by Blackbook

Germano Celant. Photo: Billy Farrell Agency. Getting Artsy for Miuccia Prada and Germano Celant By Tara Dalbow November 20, 2013 Center548 got in touch with its artsier side last night at ICIs Annual Benefit and Auction. Candles flickered in mirrored boxes as animated colors were projected along the walls. The room was buzzing with that […]

“Declaration of Independents” by W Magazine

“Putting the Art in Party” by the Wall Street Journal 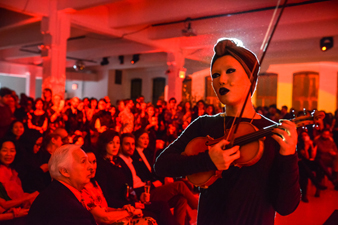 Amadéus Leopold. Photo Billy Farrell Agency NY HEARD & SCENE Putting the Art in Party There Was a Bar in the Elevator at the Independent Curators International Benefit By MARSHALL HEYMAN Nov. 20, 2013 10:38 p.m. ET Art folks really know how to party. How do we know this to be true? Because there was […]

“Artsy and ICI Team Up for Benefit Auction Featuring Mehretu, Baldessari, and More” from ARTINFO

installation view of “When Attitudes Become Form: Bern 1969/Venice 2013” Photography: The Prada Foundation By Kate McCart The Prada Foundation has reproduced Herald Szeeman’s exhibition “When Attitudes Become Form” at Ca’ Corner della Regina in Venice. The 1969 exhibition in Bern, Switzerland brought together some of the most adventurous young European and American avant-gardists of […]

“Each season will bring a revolution” from Liberation

By Sylvain Bourmeau (Venice) INTERVIEW Initiator of the exhibition, Miuccia Prada is a scathing look at the current contemporary art: PhD in Political Science and Communist activist and feminist, Miuccia Prada took over and relaunched in 1978 the company founded by his grandfather in Milan sixty-five years earlier. Besides Prada, become one of the empires of […]

The Prada Foundations Miuccia Prada and Germano Celant Receive This Years ICI Awards by Ashton Cooper Independent Curators International has announced that Fondazione Prada president Miuccia Prada and director Germano Celant are the recipients of this year’s Leo Award and Agnes Gund Curatorial Award, respectively, marking the first time the awards have been given as […]

By Rossella Alfani On the occasion of the ’ Annual Live & Silent Auction , Miuccia Prada and Germano Celant are the recipients of two awards of the ‘Independent Curators Internationa l (ICI) in New York. On 19 November 2013, the President of the Fondazione Prada will be awarded the “Leo Award”, while Celant, director […]

Miuccia Prada, President of the Fondazione Prada and Germano Celant, director of the Prada Foundation, will receive respectively The Leo Award and The Agnes Gund Curatorial Award, awards promoted by the Independent Curators International (ICI) in New York, November 19, at Annual Live & Silent Auction. “ICI will present with the two awards to honor […]

Miuccia Prada and Germano Celant, great team! They are the ones…” by Exibart.com

By Rosemary Feitelberg PRIZED PRADA: Independent Curators International (ICI) will honor Miuccia Prada and Prada Foundation director Germano Celant respectively with the Leo award and the Agnes Gund Curatorial award at its annual benefit. The pair will be feted for their contributions to contemporary art, the work of the Prada Foundation internationally and for the […]